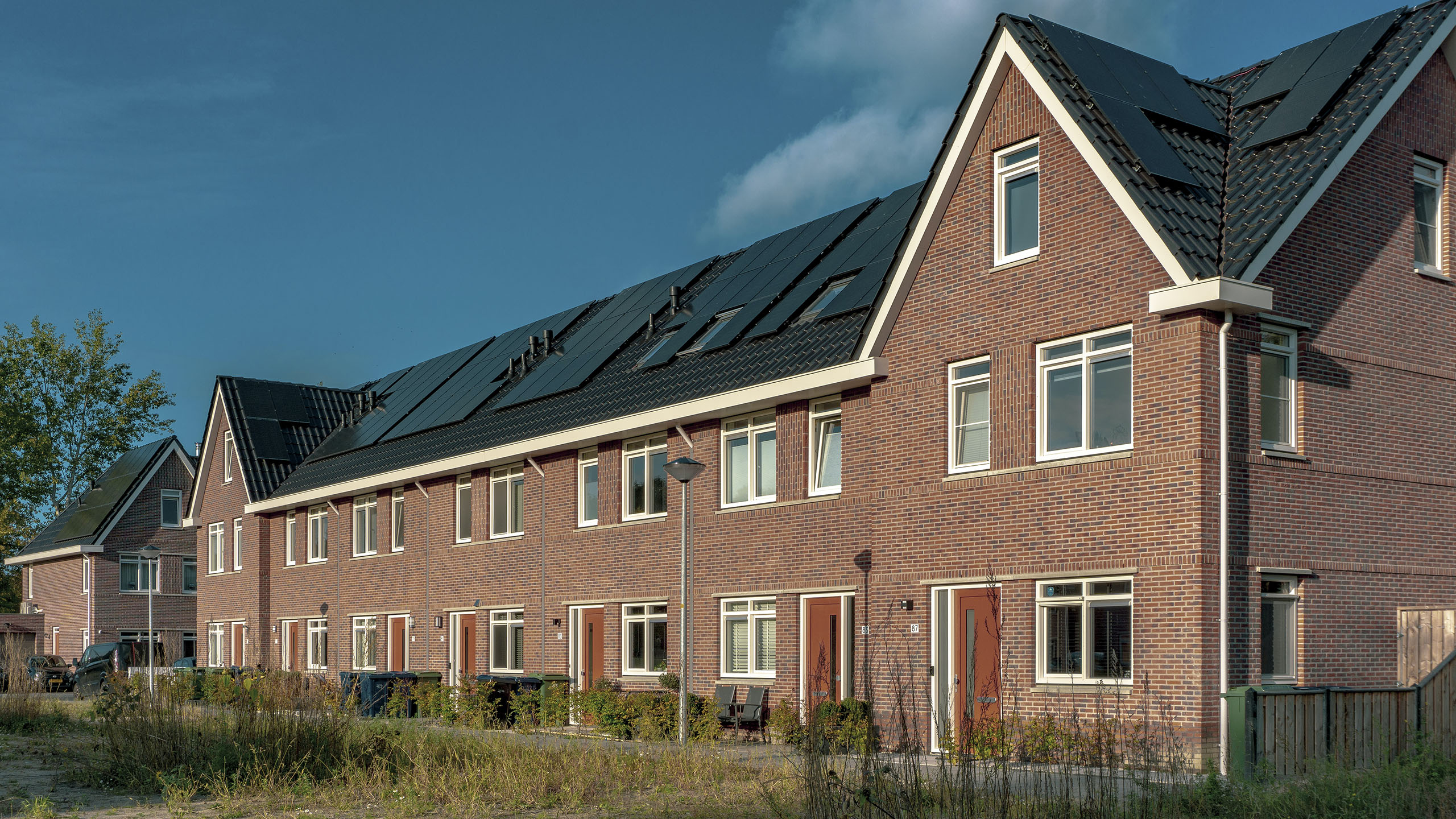 In recent months and years, energy prices have increased dramatically, leaving many homeowners looking around for alternative, renewable energy solutions.

Steep energy bills exacerbated by the war between Russia and Ukraine, as well as an overall increase in the cost of living, alongside a greater consciousness of the need to ‘go green’, have put solar energy at the centre stage.

Solar power has been around for decades, and you’ll surely have seen solar panels cropping up on the rooftops of your neighbours’ houses, or have even heard people say that solar panels power their house. But for many there still remains an element of doubt when it comes to taking the leap into investing in solar panels.

Some of the main questions that many people have are: can solar panels power a house using only sunlight? Is freedom from the grid really possible? Can sunlight really be a power source in a country as frequently overcast as the UK?

Let’s take a look at the answers to those questions, as well as a few other considerations.

What is solar power? How does it work?

Solar panels convert the sunlight into DC power, which in turn is transformed into AC power by an energy inverter.

It’s a surprisingly simple process. Once the energy is generated, it can power devices, products, and homes.

There are solar systems that exist to store extra power in the form of battery storage, which means that a home can still draw upon energy supplies even in the nighttime or during poor weather conditions, making it possible for solar panels to power a house whatever the circumstances.

A typical solar panel can produce anywhere between 250-400 watts of electricity. Most UK solar panel systems operate on a system of 8-12 panels. A solar system like this can produce between 2,450 – 3,000 kilowatt hours (kWh) per year, depending on location and how the panels are set up.

Solar panels have come a long way since they first arrived on the market in 1954, thanks to advances in solar technologies.

Some residential and commercial buildings are now even being designed with solar power as a priority at the forefront of the building’s architecture.

But what you really want to know is…

Can solar panels power a house on their own?

The average home has an energy consumption in the region of 2,900 kWh of electricity a year.

The amount of energy required by each household varies depending on the number of occupants in the house and how many devices they are using.

It also depends on other factors like whether the property is insulated and whether the house uses only electricity or a combination of gas and electricity.

Naturally, most solar power is produced at the peak of the day, midday, when the sun’s light is at its strongest and most powerful.

This contrasts with the average household which has a peak of activity and electricity consumption early on in the day at breakfast time, and then later in the evening at dinnertime.

These surges in demand also require an equal amount of energy supply, and that means that solar powered households would probably have to rely on energy stored in batteries for those times of the day.

Let’s take a closer look at how much energy is needed to power everyday appliances:

A solar installation could certainly cater for some of these energy demands, but usually solar power is most suitable for providing electricity to electronic household devices rather than supplying energy to an entire home.

That takes us to the following question…

Can I be free of the grid?

Going ‘off the grid’ means living or working in a more natural way, without relying on public utilities. Usually it refers to people living in remote areas with no electricity, gas, running water etc…but more recently it has also come to apply to people who simply want to be more self-sufficient in terms of energy supply.

Many people these days want to reduce their carbon footprint and dependence on finite fossil fuels, while also achieving a certain degree of freedom from the dictates of almighty power providers. Who hasn’t seen a steep increase in energy bills in the recent months?

Limits to modern technology mean that it’s unlikely that you will be able to completely escape from traditional utility suppliers, also referred to as ‘the grid’.

Solar panels can power a house up to a certain point but most solar panel systems are still connected to the grid and work in a complementary manner. It’s very uncommon to come across off-grid solar systems.

With the help of solar power, however, you can become less reliant on the grid and save money.

When you install solar panels in your home, you will still receive energy from your traditional local utility company in moments when there is not enough solar electricity available. Obviously, as technology advances, these situations are becoming less frequent and the end goal is to be able to power homes and businesses using only the sun’s light. But for now a symbiosis of solar and energy from the grid is necessary.

Any excess electricity production by solar panels is transferred to the grid to be used, and if you take part in net metering, then you can receive monetary compensation for this energy on your energy bills.

Depending on a household’s energy consumption, the financial gains that can be made from installing a solar system in your home are significant.

Some people need persuading when it comes to installing solar panels but the overall benefits cannot be denied.

Do I need constant sunshine for solar panels to work?

According to the US Department of Energy, the sun delivers more energy to the earth in an hour than the world uses in a year. However, we are still developing ways to harness that energy.

As technology advances so do our methods, and we have come a long way, though it’s true that we still use energy from the grid to complement solar power.

Many people mistakenly believe that UK households don’t receive enough sunshine to be able to fully benefit from solar power, but thanks to battery storage techniques that problem was resolved long ago.

We already know that most households have peak hours of the day for energy consumption – in the morning and at night.

Solar panels can power a house only if they have stored enough energy. Obviously, they cannot harvest energy during the hours of darkness, but any energy that is produced during daylight hours can be saved in battery storage. By doing so, your household devices can be powered at any time of the day or night, and you can become less reliant on energy from the grid.

In order to get the most out of your installed solar panels we recommend  trying to reduce the amount of energy you use in the home by switching to less power-hungry appliances and living a less tech-heavy lifestyle. The less energy you use, the less likely you will be to revert to energy from the grid.

Why is solar power important?

In the last few decades, we have all become a lot more conscious of environmental issues and the need to reduce our carbon footprint. Knowing that solar panels can power a house, even if in tandem with more traditional methods, meets not only those renewable energy efficiency goals, but is also a great way to be financially savvy.

Solar panels can power a house in terms of powering the daily devices we have come to depend on, and all that energy adds up. After making the initial investment in solar panels, you’ll see the financial benefits within a short space of time due to the reduction of your energy bills. What’s more, it’s even possible to get full payback on your investment if you’re smart about your energy consumption levels.

In order to get the most out of your home solar panel system, you’ll have to be aware that they come in all shapes, sizes, build qualities, and power outputs. To speak to a member of our informative team about your solar power options, get in touch today.