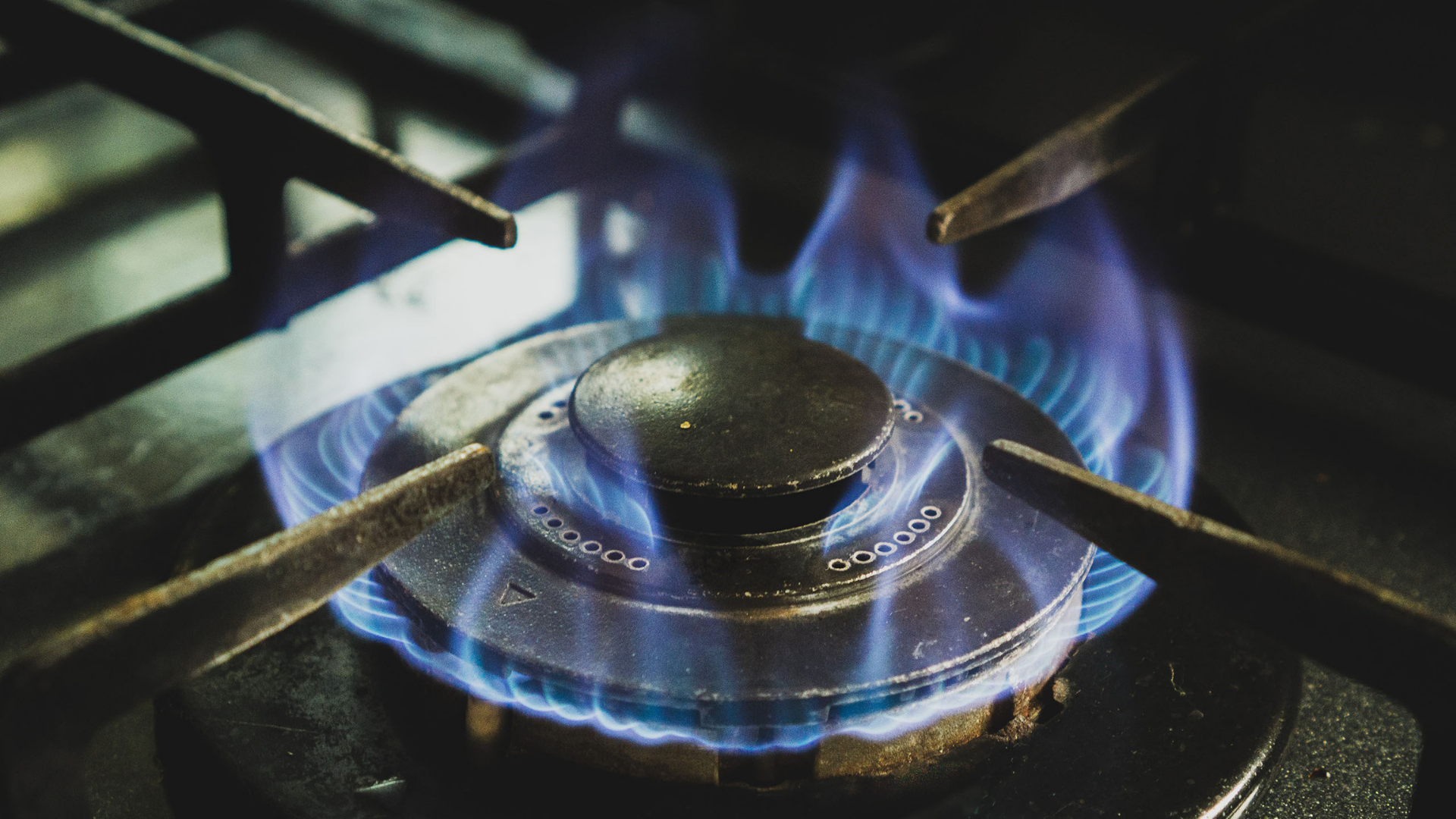 Just turn on the TV or visit any news website and it won’t be long before you hear a mention of the energy crisis and the increasing cost of living. Soaring utility bills have alarmed many, with households up and down the UK dreading the inevitable arrival of the new, more expensive utility bill.

Recent events have provoked frantic debate and earnest discussions about the impact the new energy and gas prices will have on ordinary peoples’ lives. The urgent necessity to reduce carbon emissions complicates the issue even further. In the midst of all this, there is one term that frequently crops up: the energy price cap. But what exactly does it mean? And could solar power be the answer to the problem?

What is the price cap?

The price cap was introduced in 2019 and exists as a limit to the maximum amount that customers can be charged for their energy use. To be clear, it’s not the overall maximum amount you can be charged on your energy bill, but is rather a reflection of your typical usage. It is a rate cap that takes into account how much electricity and gas you consume over a six-month period, rather than a bill based on the traditional fixed rate.

The reason why the price cap came into existence was to prevent energy companies from taking advantage of consumers. It is supposed to ensure that customers pay a fair price for the energy they use. Believe it or not, the idea is to stop the energy providers from making excessive profits. However, it might not feel that way when we look at the cold, hard figures.

In October 2021, the price cap rose by 12% to £1,277. From 1st April 2022 until 31st September of the same year, we will see another rise by a staggering 54%, which will push prices to £1,971 a year. That’s £693 extra to the average utility bill, while prepay customers will pay around £708 more. And the price cap is set to rise yet again in October 2022, perhaps somewhat dramatically thanks to the war between Russia and Ukraine.

These changes affect over 22 million default tariff customers or those who have made a seamless transition to new suppliers after their previous supplier went bust in the last year.

In 2021, 29 energy companies left the market or went into administration after struggling to justify soaring energy prices, leaving behind 4.3 million UK customers, most of whom were automatically transferred to other suppliers. If that sounds like you, then be aware that the price cap will still apply to your bills.

The forecast predicts that around 2 million households are going to fall into fuel poverty due to these measures, but even median income households will feel the pinch. Clearly, this is a very distressing situation for many people. Is it any wonder that more and more people are turning to solar energy for a better deal?

Why such a steep increase in energy prices?

Such drastic leaps in energy prices are unprecedented and they reflect a global record increase in overall wholesale energy prices.

Rocketing electricity prices come as a direct consequence of a massive rise in gas prices. Many electricity suppliers depend on gas for energy production, and so it was inevitable that we would see a general increase in energy prices.

This wholesale price hike was provoked by a combination of factors.

One was the cold Siberian winds that swept across Europe in the winter of 2021 which naturally encouraged people to switch the heating on.

Then there was an influx in demand from Asia for liquid natural gas (LNG), particularly in China, where we find the biggest global consumers of LNG. It is used for heating cold regions of China, and provides energy to a multitude of the superpower’s three million factories.

Add to that the abrupt return to normal activity as lockdowns lifted and the ensuing power surge, and you had a recipe for the perfect energy storm.

As the cost of gas has risen, so must overall energy prices for those on the consuming end. Energy companies cannot afford to pay more for supplies than the prices they are charging their customers.

That’s why so many energy consumers are looking for alternative ways to supply energy to their homes. Project Solar can answer any questions you may have about switching to solar power.

We all know that the cost of gas has risen wholesale. But why should that mean the price of electricity has risen too?

The UK has always heavily relied on gas with 85% of homes powered by gas central heating and gas-generated electricity, so this issue hits very close to home for us Brits.

Indeed, it’s not just the gas prices that are going up. In fact, most of the UK depends on the burning of fossil fuels for electricity production.

Electricity is mainly generated from natural gas, with 42 percent of British electricity being gas-generated in 2016. With such a close relation between the two power sources, it’s clear to see that the spike in gas prices will have a big knock-on effect on electricity prices too.

Aside from the production of electricity being dependent on gas, there are other factors which have affected the electricity prices.

According to Ofgem, the rise in electricity bills is due to the cost of moving everyone whose firm went bust, as well as an increased cost in maintaining energy networks, and an increase in policy costs. Green levies and the warm home discount rebate have meant that there are additional costs to existing prices.

The energy price cap is not coming down anytime soon. It looks like energy prices will be elevated for the foreseeable future, especially now that we are living in a time of European warfare.

How Will the Russia-Ukraine Conflict Affect Prices?

Ofgem is going to set the next price cap in October this year. With prices already surging, it’s predicted that the cap could rise to as much as £3,000 from the current £1,971, as a direct consequence of the Russian conflict.

The government has responded to the rising prices by introducing some measures to help avert any financial difficulties which may arise in the next few months. It is recommended that if you need advice on these matters, you should contact your energy supplier as extra help may be available.

There are steps you can take to be financially savvy when navigating these tumultuous times, read on to discover our top tips.

What can you do to save money?

It’s a fact that we are consuming more energy in the home. That’s largely down to modern homes having multiple electrical devices such as TVs, laptops and phones. Post-pandemic, many of us now work from home at least some of the time which takes a hit on our power consumption.

There are small changes you can make to reduce the amount of energy you use in your home. Some examples could be turning down the thermostat by one degree, using LED light bulbs, draught-proofing your home, or only using the washing machine or dishwasher when you have a full load. Do you know how energy efficient your appliances are? Doing a little bit of research before buying can really make a difference long-term.

Double glazing your home will also mean that you can turn the thermostat down as you’ll trap heat more efficiently within your home.

Lighten the load with solar power

One fantastic way to permanently cut back on your energy bills is by installing solar panels in your home. Contrary to popular belief, you don’t have to live in blazing sunshine for solar panels to function. Solar panels actually store energy in batteries which are then able to power your home throughout the night.

Harnessing solar power means reclaiming control over your income and expenditures. Solar energy offers a degree of freedom from living your life at the mercy of global business deals with energy giants and international wars.

What’s more, solar energy is actually much more cost-efficient than electricity generated by gas at power stations. Once you have made the initial investment in solar, you could be saving long-term without losing out on your household requirements. Your reliance on the grid is reduced, meaning that you could be saving up to £900 annually and up to £35,000 over the system’s lifetime. This of course depends on the size of your property and how you use energy in your household. What’s more, installing a PV solar system in your home can increase its value by 14 percent or over £32,000.

To add the icing to the cake, the unlimited energy of the sun is great for the environment in an age where we want to move away from limited fossil fuels. Solar panels are capable of producing energy for several decades, with their peak optimal production period being 25-30 years. This is a significantly longer period than the average ‘Energy Payback Time’ (EPBT). EPBT refers to how long it takes to produce clean electricity to compensate for the energy manufactured in the process. A 2010 study by the Brookhaven National Laboratory in New York found that the EPBT of a solar panel is at six months or less.

How to harness solar energy in your home

There are various options if you’re considering using solar power in your home.

An increasingly popular choice is to go the whole way and install solar panels on the roof of your home. Others choose bespoke fittings for gardens and sheds. More and more people are using their garden sheds as office spaces, powering their lights, heating and computers solely by the rays of the sun.

Want to learn more about going solar? Our expert team is on hand to help you find the perfect fit for your needs. It’s all about giving you the freedom to have your say about where your money is invested. There is a solar solution for everyone.

Get in touch to start your solar journey.