Record levels of success for solar leads to lower prices; scientists make strides in efficiency tests; and gas continues its decline as a power source. It’s all here in our quarterly round-up of the biggest stories from the world of solar power.

We’ve already heard how the spring of this year was a record-breaking time for solar power, with unprecedented sunshine and reduced commercial energy demand combining to send prices for some customers into negative figures. Now, the UK government has added to the good news, revising down their estimates for the levelised cost of electricity (LCOE) made by solar. What this basically means is that solar power will be cheaper to produce than originally expected, meaning increased savings for customers. Solar is already the greenest way to power your home – the carbon emissions factors for renewable electricity are much lower than gas – now it looks like becoming the cheapest.

It’s been a summer of successes for scientists working on the development of solar power technology. First, a team from the University of Michigan made a major breakthrough in the quest to harness glass windows as sources of solar power. The researchers achieved record-breaking efficiency in their test, adding the skyscraper windows would make an ideal location for organic solar panels. There has also been a breakthrough from a team experimenting with a special type of crystal called perovskite, which they say could lead to more efficient panels in future. More efficient solar panels are great news for customers, for the obvious benefit of delivering more supply – more energy means more availability, ultimately bringing costs down for end users. 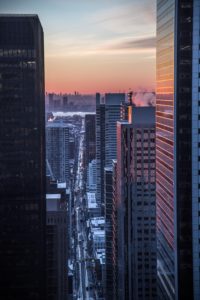 Data from earlier in the year shows that gas continues to slip down the pecking order of energy sources, accounting for less than a third of the UK’s first quarter energy generation. Conversely, solar power and other renewable sources have grown in their contribution, accounting for almost half of the country’s energy mix for the same time period. The news comes as Britain set a new record for the longest time spent with gas-fired power stations offline – a total of more than two months. The “substantial increase” in the UK’s total renewable energy output was chiefly driven by a growth in electricity generated by solar panels, according to the government’s energy analysts. From 2025, gas boiler systems will be outlawed in new homes, meaning these figures are set to grow as more people look to power their home with clean, green solar power.

With all the good news surrounding solar, it could not be a better time to make the switch and become a customer. Not only will you be helping the environment, but you can also unlock big savings on your energy bills. Speak to us today to arrange a free consultation.