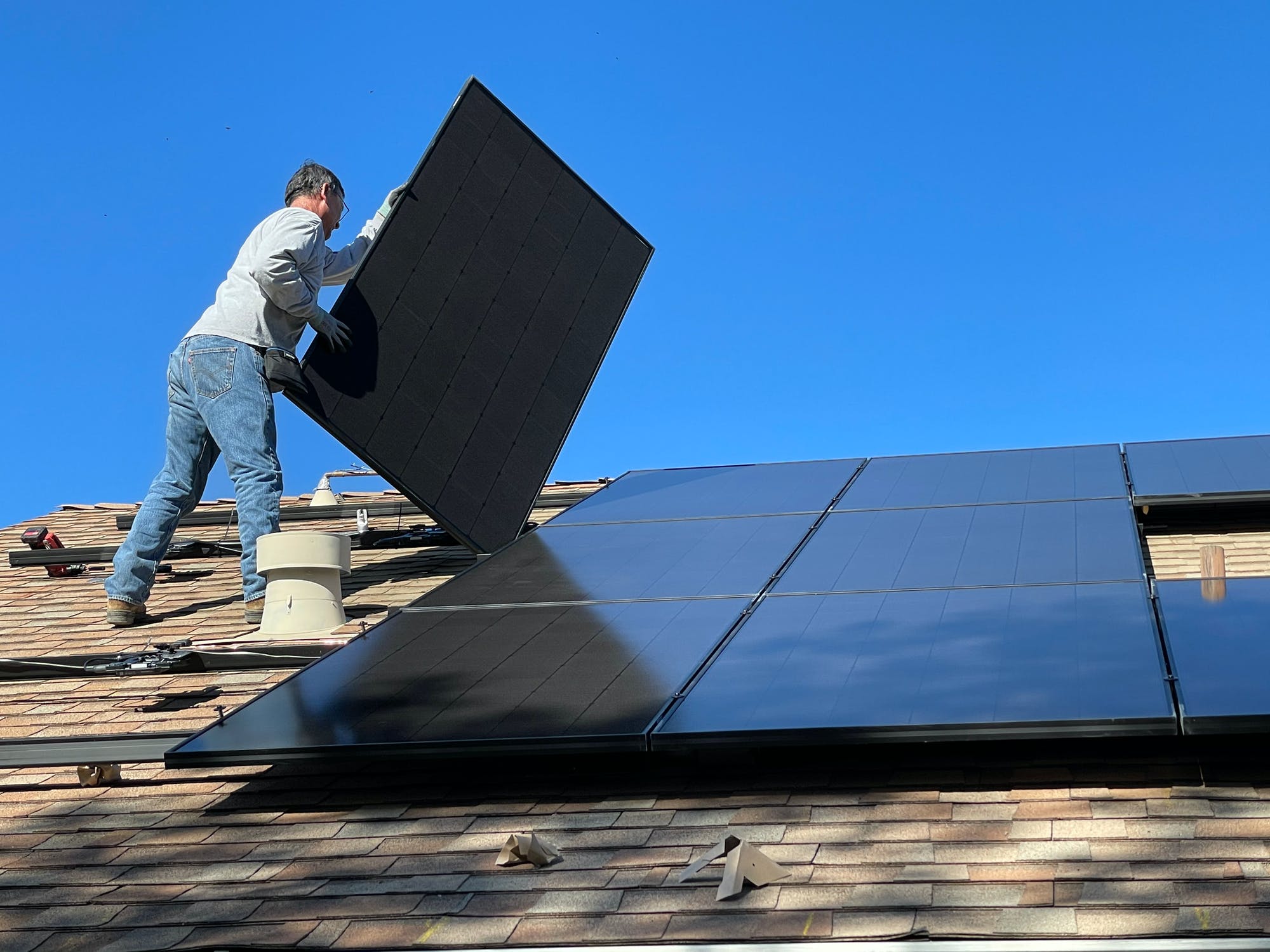 We recently conducted a survey of UK home owners to find out their attitudes to home energy improvement. The survey found that the majority of people (63%) would choose solar panels over other options if they were to install renewable technology at their home. Ground source heat pumps, the second most popular option, were chosen by 25 per cent.

National lockdowns imposed in the United Kingdom due to the Covid-19 pandemic have also impacted how likely people are to make changes to their home. Nearly 40 per cent of those surveyed said lockdowns have changed their perception about their homes, and now want to make improvements.

Lockdown has had a bigger impact than the colder seasons on people’s perceptions, with just 29% saying winter weather encouraged them to make similar changes and improve the energy efficiency of their house.

The UK has endured three national lockdowns now – the first imposed on 23rd March 2020, with a further two in November 2020 and January 2021. It’s likely being at home more during the day – and the resulting increases in power usage and overall cost – has led people to seek out more affordable home energy alternatives. The combination of more advanced renewable technology for the home and continually lowering costs means homeowners can look towards the future.

Habits shaped by the pandemic

With more of us working from home, it’s no surprise that there is a focus on energy consumption and cost – especially during a period where incomes have been widely affected. Research shows that during these unusual times we’re sleeping longer, resulting in morning routines, such as using the kettle, toaster and other appliances, happening later.

The data, taken from tens of thousands of smart meters and reported by Sky News, revealed we’re now using more energy in the afternoon than mornings – a time when most of us would usually be at our workplaces. Substantially higher electricity usage was also revealed in London, likely down to more residents in the capital completing their jobs from their houses. But, between enforced lockdowns, data shows home energy usage dipped as people headed out of the house before they went back into restrictions.

It remains to be seen whether habits will revert in a post-pandemic world and how quickly – if at all – will we return to ‘normal’. Until then, there will remain a heightened focus on energy consumption as we look towards viable alternatives.

Solar increases house prices by an average of £32,459

Research by Effectivehome.co.uk reveals that installing solar panels in a residential property has increased property prices in the UK by an average of £32,459. Released in August 2020, the research makes a further case for homeowners to install solar technology, such as solar panels and batteries, at their property.

The significant price increase is the direct result of the long-term savings homeowners would see after installation – which is as much as £27,500 on electricity bills over a 30-year period!

There are lots of reasons to install solar panels at your home. This includes:

Invented in the mid 1950s and first used domestically in homes in the mid 1970s, solar panel technology in 2021 offers a robust and financially stable way to improve your energy efficiency and save money over a long-term period.

Plus, with over 73,000 terawatts of solar energy striking the Earth continuously from the sun – which is more than 10,000 times the world’s total energy use – the case for moving quickly away from fossil fuels at a faster rate becomes very clear.

Are you thinking of improving the energy efficiency of your home with solar panels? Get in touch with Project Solar and take the first step today.

We have you covered – from qualified, skilled installation teams to our award winning customer service team. We maintain the highest standard of work at all times.

Not decided yet? Check out our 2021 guide to home improvement here.