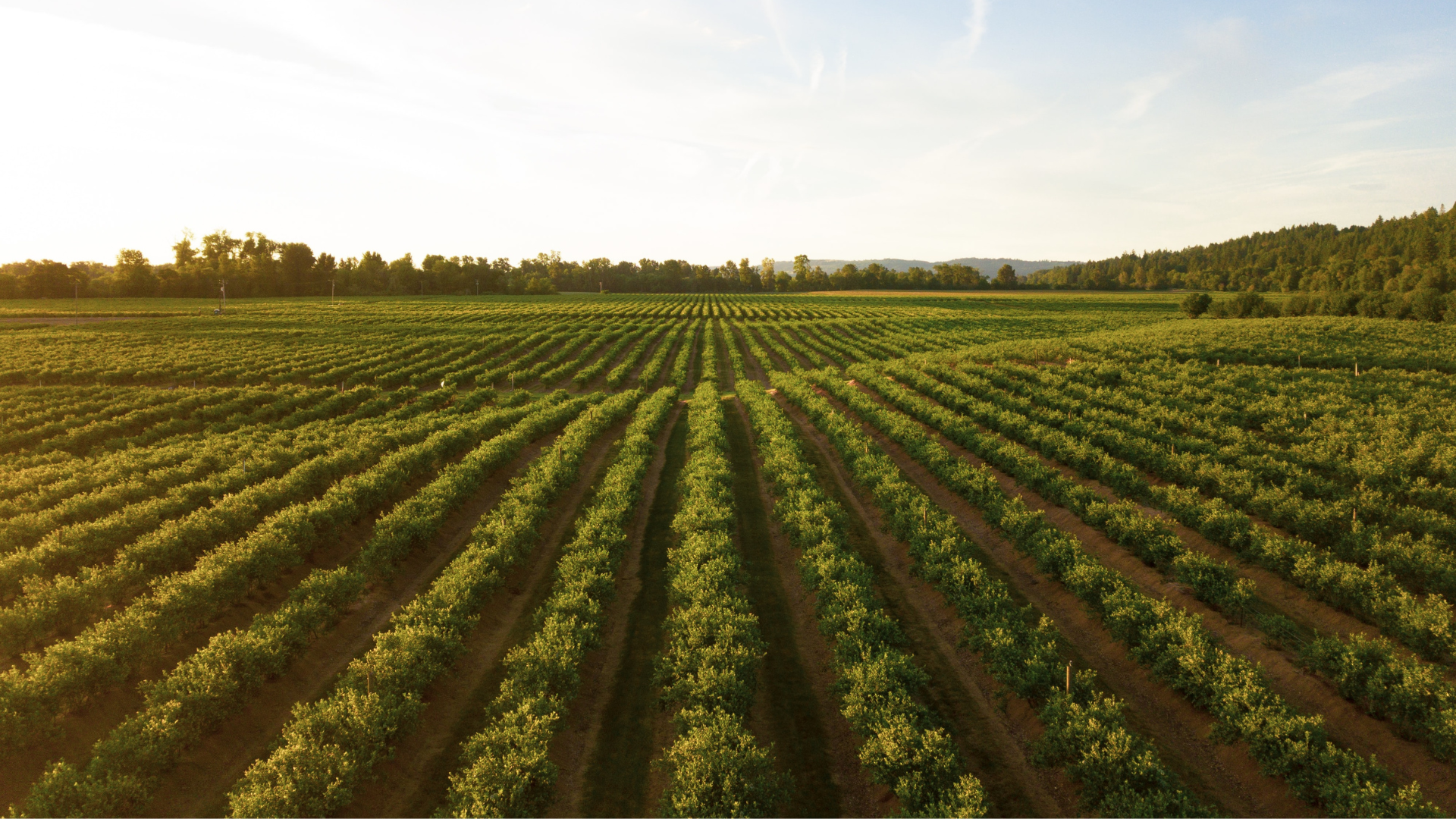 Solar power is becoming more relevant than ever before as an alternative solution to the energy crisis.

Not only can investing in solar panels in your home help you to cut back on your energy bills, and reduce your carbon footprint, but solar energy is also making a big impact on a wider scale.

Perhaps you’ve heard of solar canals, or maybe solar farms have entered into your news feed. If you haven’t heard of these innovations, it surely won’t be long before you do.

Did you know that solar panels and farming will soon go hand in hand, if recent studies are anything to go by?

Made possible thanks to agrivoltaics, farming with the aid of solar energy is sure to light up the future of agriculture.

What is Agrivoltaic Farming?

Agrivoltaic (agriculture + photovoltaics) farming is the fancy term for the emerging practice of growing crops under solar panels.

Some of the world’s leading nations, the UK included, have pledged to reach net-zero carbon emissions by 2050, in line with the Paris Agreement. As part of this, the UK aims to increase its dependence on renewable energy sources five-fold by 2035.

In order to meet these admirable goals, we are going to see some fairly radical changes in relation to how things are done, including using agricultural land to set up solar panel farms.

Using farming land for solar panels doesn’t mean that crop production has to stop, however.

A growing body of research is demonstrating how growing crops under solar panels can benefit humans and nature alike.

How does growing crops under solar panels work?

The ins and outs of how agrivoltaic farms work are fairly straightforward. Solar panels are installed a bit higher up than usual so that they leave sufficient room for plants to grow under them, and so that more sunlight can reach the ground below.

What are the benefits of farming under solar panels?

In a recent study published in Nature, researchers from the University of Arizona claimed that growing crops under solar panels led to a crop yield two or three times bigger than by using traditional agricultural methods.

The study was carried out over several years, and looked at how chiltepin pepper, jalapeno and cherry tomato plants grew in the shade of PV solar panels.

According to their findings, growing crops under solar panels can be beneficial in several ways. Let’s take a look at how solar panels and farming can work hand in hand to the advantage of people and the planet.

It might sound a bit odd at first, but it’s been proven that too much sunlight can actually stress out plants.

The solar panels act as a source of shade for the plants, which in turn means that they lose less water, and any water they do ‘sweat out’, cools the solar panels above.

Offering shade to the crops elicits a positive physiological response from them. As they work to collect more light for photosynthesis, their leaves extend and grow further than they would if left in an open field exposed to sunlight. This extended growth means a bigger crop yield. This is certainly what happened in the Arizona study, when more basil and tomatoes grew, and the pepper Capsicum Annuum produced three times as much fruit in an agrivoltaic system.

Not only can solar panels and farming combine together to harvest a greater, healthier crop, but there are also benefits in terms of water conservation.

The Arizona study suggested that solar panels can act as a protective bubble to shield crops from extreme heat. Climate change has provoked sudden changes and extreme weather conditions in recent years, which has had a detrimental effect on crops and yields.

Growing crops under solar panels has a positive impact on air temperature, direct sunlight and atmospheric demand for water.

Many food crops grow better in the shade of solar panels because they are shielded from direct sunlight, as they are not scorched away. The cultivation of crops under solar panels created temperature conditions ideal for avoiding overheating, as the crops underneath emitted water through transpiration.

The solar panels can also act as protection against an atmosphere overcharged with moisture. Striking that balance between heat and cool has proven to be one of the most beneficial to crop growth.

Of course, whenever we’re talking about solar panels one of the key factors we want to consider is how efficient the renewable energy source is.

Using solar panels in a farming environment has actually proven to have a positive impact on the productivity of the PV panels.

Moisture from the plants rises up as evaporation (the plants effectively ‘sweat’ in the natural process of transpiration), in turn cooling down the surface of the solar panels and preventing overheating. Fantastic news for the solar panels, as they decrease in efficiency when they get too hot.

So not only are we seeing a generous crop yield, we’re generating more solar energy, which can only be a win-win situation.

Did you know that solar panels and farming combined could help to improve the health of bees?

Beekeepers at three solar farms have noticed that they can seed native plants in and around solar panels, taking advantage of the fact that the land was originally used for pollinators.

Replacing turfgrass and gravel with native plants around the solar panels, and creating a prairie-like environment, has had a positive outcome for pollinating insects.

Pollinators are currently endangered by increased habitat loss, pesticide poisoning, poor nutrition, disease, decreased genetic diversity and a host of other factors. Honeybee colonies used for honey production have declined rapidly as a result of these factors. Without pollinators, agriculture and nature are thrown off kilter – to put it simply, we need them to survive.

Pollinating insects flit between solar installations before moving on to other agricultural fields, where they help increase production. SO by planting native plants beneath solar panels, we could do our bit to offer refuge to rusty-patched bumble bees and monarch butterflies.

Thinking about the future of our planet with its ever-increasing population, economic strains, and energy crises can sometimes feel a little daunting. With forward-thinking innovations and energy solutions like agrivoltaic farming, we can see that there’s hope on the horizon. If you’re interested in knowing more about how you can do your bit for the planet, take a look at our blog for some tips, or get in touch today.