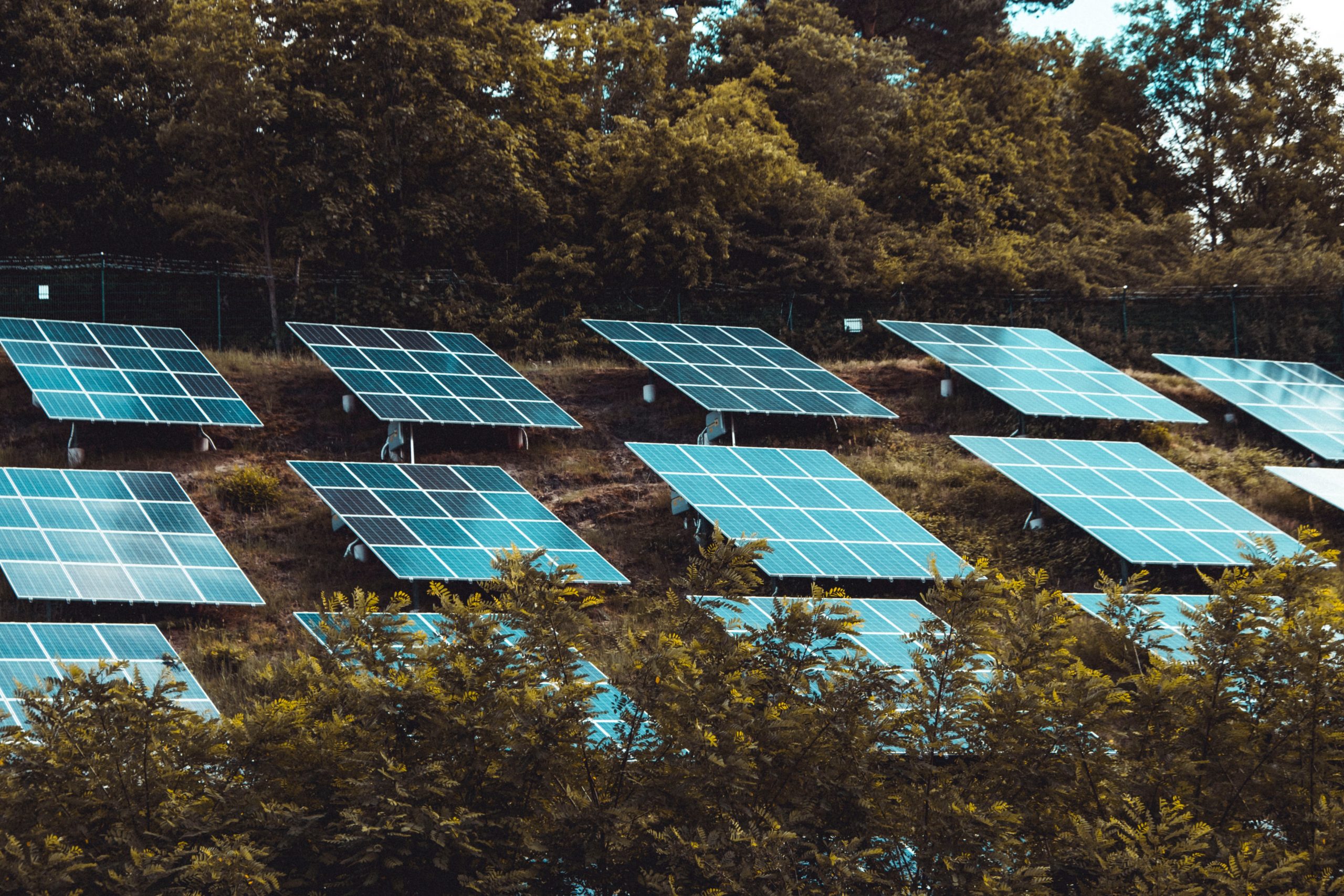 In this post, we explain how solar cells work to produce electricity and how homes and businesses across the United Kingdom can benefit from this renewable technology.

What are solar cells?

A photovoltaic cell (PV), known widely as a solar cell, absorbs photons or particles of light generated by the sun and turns it into usable electricity for powering homes and businesses.

When the semiconductor material which makes up a solar cell is exposed to light it absorbs its energy, before transferring it to negatively charged particles in the material called electrons.

This energy then flows through the material like a current and is extracted through conductive metals (the visible lines on solar panels) and used to power homes and/or be extracted to the grid.

This process of converting photons or particles generated by the sun to electricity is known as the photovoltaic effect. There is more information below about its history.

How do solar panels work?

After a solar cell has absorbed the photons or particles, the silicon and conductors in the panel convert the light into DC (direct current) electricity.

This power then flows to a solar inverter which converts the DC electricity into AC (alternating current) electricity which can be used in a home.

Here is a more detailed, step-by-step guide to how solar cells and panels work together to produce electricity:

Once the electricity is powering your property a smart meter will monitor how much energy is being used or exported to the National Grid if you’re engaged in net metering.

The three types of solar panels

There are three main types of solar panels which manufacturers offer:

The best type of solar panel for your needs depends on the purpose of the panels and where they will be installed — whether that’s at a home, business or in which direction the roofs face.

With that in mind, it’s best to speak to professionals who can advise you on what’s most suitable for your property and energy needs.

The photovoltaic effect, which is the process solar cells and panels are designed to generate, was first discovered in 1839 by French physicist Edmond Becquerel.

Becquerel discovered the effect while experimenting with a cell made of metal electrodes in a conducting solution and noted that the cell produced more electricity when it was exposed to light.

Around fifty years later, in 1883, American inventor Charles Fritz created the world’s first selenium solar cell and while silicon is the main material used today in many ways this was a forerunner to the modern solar cell.

However, it wasn’t until the 1960s when photovoltaic cells began being harnessed to generate electricity — firstly on satellites orbiting the earth in space and then on our rooftops during the 1980s.

In modern times there are large-scale solar farms around the world and the technology is going from strength to strength as a viable alternative to traditional electricity-generating methods.

Do solar panels work without the sun?

Yes. Solar panels do not require direct sunlight to work because they produce electricity from photons present in natural light, rather than from sunlight itself.

While solar panels operate most effectively in direct sunlight they still work on cloudy days, in indirect sunlight and in the shade from clouds or nearby trees.

What about excess energy?

It’s now possible to save up and use excess energy generated by solar panels at night time — or any time when the panels are not actually generating electricity.

How? Solar batteries, if you didn’t know, are the new-ish kid on the block.

So that it can be stored, a battery inverter converts AC electricity into a form of storable energy, which can then be used either at night or even during a power cut.

A solar system with a solar battery means a property can operate completely off-grid by using renewable power generated itself and stored in the battery when required.

How do solar cells work and produce electricity?

The technology which makes up solar cells has been around for a long time and yet this renewable energy technology is more in demand than ever as people look to reduce their carbon footprints and electricity bills.

To start your solar panel journey, don’t hesitate to contact our friendly team who can answer any questions you have about electricity generated by solar.