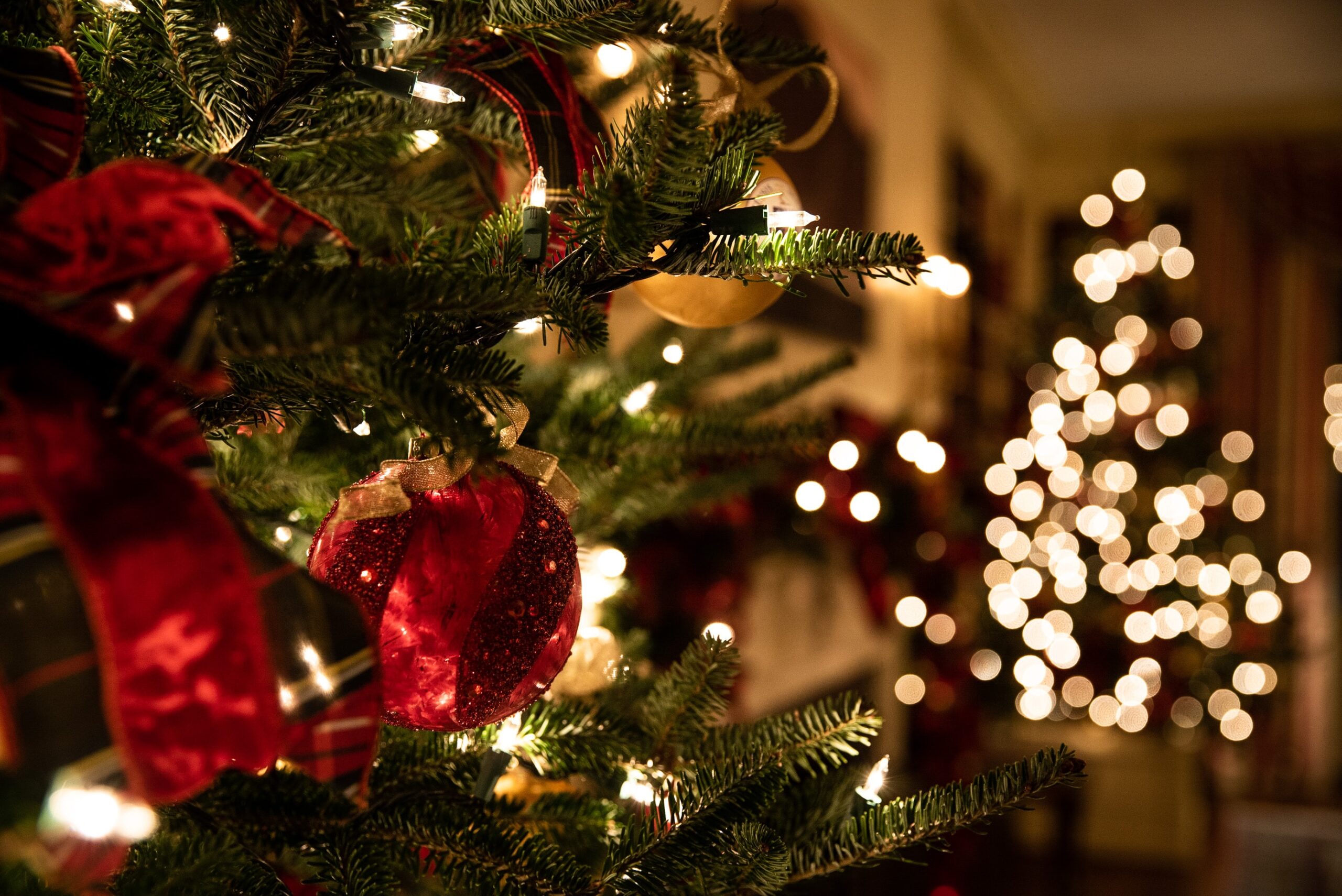 After the disappointment of Christmas in 2020, many of us will be taking the opportunity to make the most of the special festive period this year.

‘Tis the season for partying, spending time with loved ones after all – and of course, lots of food and drinks.

But alongside the fun Christmas brings, it can also mean a hefty increase in our carbon footprint.

We worked out the true carbon cost of a family Christmas and included some helpful tips so you can reduce your environmental impact this Yuletide.

Should you get the real deal or is faux fir better for the planet?

A real tree that is sent to a landfill at the end of the season produces 16kg of carbon emissions.

Compare this to an artificial version, which would need to be used for 12 years to offset the 40kg of carbon emissions it produces during manufacturing.

Lots of real trees are recycled in the UK in January – check your local council’s website for guidance on collection.

Lighting up the tree

What’s a Christmas tree without a few lights and baubles to brighten it up!

On average, UK families put their tree up on the first weekend of December and have the tree lit for five hours a night.

Working on the average that 25 incandescent bulbs will be used, a whopping 13.5kgs of carbon emissions are produced from Christmas lights alone!

It may be time to consider lighting alternatives – such as solar – or go one step further and install a solar system to power your home.

Waiting for the family to arrive

Pulling a cracker over Zoom just wasn’t the same last year, was it?

Lots of us will be driving home for Christmas this year, but an average journey of 30 miles in a family-sized petrol car produces roughly 10.9kg of carbon emissions!

The longer the journey, the more carbon emissions will be produced – so consider finding an alternative method of travel, or car share where possible.

One of the biggest contributors to carbon emissions at Christmas is cards and gift wrapping.

The UK uses almost 227,000 miles of wrapping paper every Christmas – that’s enough paper to wrap the planet nine times over!

The average person in the UK uses over 1kg of paper in Christmas cards – the equivalent of 3.5kg of carbon emissions!

A Partridge In A Pear Tree, And A Turkey On The Table

What’s Christmas without turkey? A lot more environmentally friendly it would seem.

While a Christmas dinner with all the trimmings for eight people creates 31.5kg of carbon emissions, a roast turkey alone creates 10.9kg!

Consider switching to a plant-based alternative, or make sure your turkey leftovers don’t go to waste.

We’re a nation of food wasters, and no more so than at Christmas time. In 2019, 4.2 million Christmas dinners were thrown away across the UK.

To put it into perspective, the waste is equivalent to 263,000 turkeys, 740,000 portions of Christmas pudding and 17.2 million Brussel sprouts!

Households discard an average of 74kg of food per person each year, and the Christmas leftovers for a family of eight will produce 48kg of carbon emissions – food for thought?

Try to buy only what you need for your guests, or give away any extra food you have to a food bank or charity.

Step into Christmas (in a dress you already own)

It’s tempting to splash out on a new outfit for your office party, but often items like this are worn once and banished to the back of the wardrobe.

During the Christmas season, 2 tonnes of clothing is bought every 60 seconds, with the production creating 50000 kg of carbon emissions.

Try digging out something you already own this party season or rent something from Hurr or By Rotation.

The same goes for your Christmas jumper.

95% of novelty sweaters are made from plastic. Manmade fibres are notoriously bad for the environment, as when they’re washed they break up and end up in the ocean.

Two out of five festive knitwear is only worn once during the Christmas season and thrown away soon after.

The return of the Christmas markets to many UK cities is a welcome sight after we missed out last year.

A popular festive attraction, the biggest markets in Manchester and Birmingham welcome an average of 9 million people each year.

The average person emits 1.2kg of carbon emissions each day. Factor in transport to the city, food and drinks and the carbon impact increases by roughly 0.5kg per person.

Fortunately, many UK markets are working towards being more environmentally friendly.

Manchester, for example, has introduced a new recycling method and LED Christmas lights to reduce the footprint of the Christmas markets.

Rockin’ around the Christmas tree

Office Christmas parties are a staple in many people’s social calendars, but the environmental impact is rarely considered.

A corporate party for 60 or more staff emits 62000kg of carbon emissions. Consider food, dancing and transport and the carbon cost begins to add up.

Combat this by arranging to share taxis, buy locally sourced food where you can or go one step further and host a carbon-neutral event!

‘Tis the season for giving

According to NORAD Santa tracker, the main man delivered over 4 billion presents across the world in 2020!

Many of these presents will be plastic-based, with 6kg of carbon emissions produced for every 1kg of plastic produced.

Think about alternative or wooden gifts for a more sustainable approach.

On average, a solar system can save up to 900kgs of carbon emissions per year, meaning families can reduce their carbon cost of Christmas by almost a third.

For more tips on how to make your Christmas more sustainable, head to our social channels and look out for our ‘12 days of Sustainability’ Guide.

Want the gift of solar power this Christmas? Start your solar journey. Get in touch with our friendly team today.