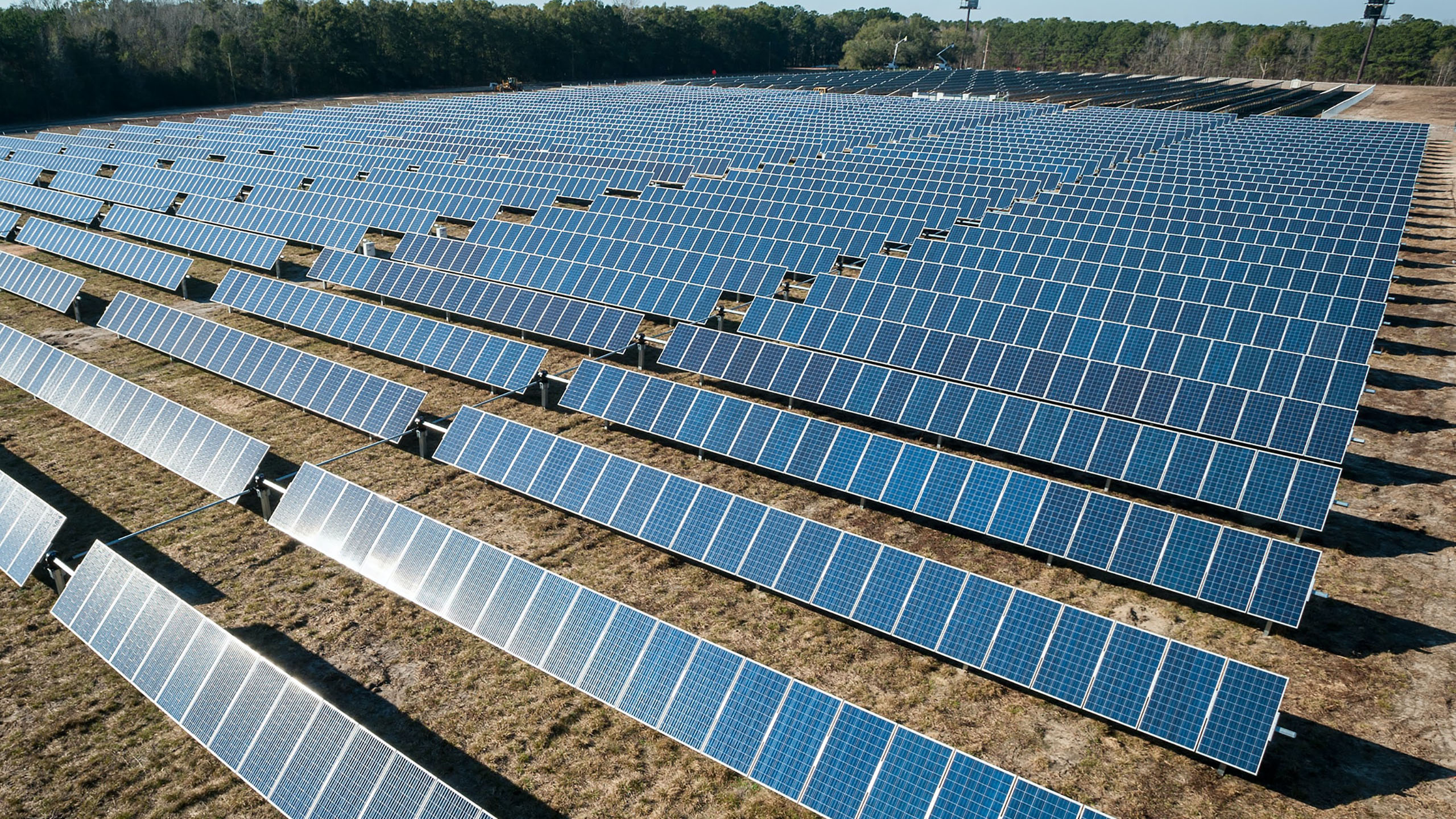 The chances are you will have passed by solar farms while driving through the countryside in the last few years. While solar farms are swiftly becoming an ever more familiar sight on the British landscape, you might not know that much about them. As with many other relatively new technologies, a certain degree of mystery, myth and perhaps even trepidation surrounds their emergence.

Perhaps there are solar panels cropping up on the roofs of some of your neighbours’ houses. Those futuristic-looking blue panels have become somewhat ordinary in most regions of the UK. But there is something about seeing a vast swathe of countryside covered in them that provokes the question:

Are they really worth sacrificing the beauty of our landscape for?

Solar farms, however, are not to be sniffed at. Soaring energy bills and a global awakening to environmental issues in recent times has meant that solar projects are more relevant than ever. Solar energy is becoming an obvious solution to some of the energy-related issues at the forefront of modern consciousness and has seen an annual growth rate of 49%.

So what is a solar farm? It is a collection of photovoltaic (PV) solar panels that are positioned to harvest energy from the sun and convert it into electricity. That power is then sent to the electric grid for distribution and consumption in homes and businesses across the country.

Utility-scale solar farms are the ones that cover huge stretches of land and are more likely than not the ones you have seen while driving through the countryside. If you’ve driven through Oxfordshire lately you may know of Shotwick Solar Park, the biggest private wire solar park in Europe and the largest solar farm in the UK. Farms like Shotwick are a power source for both domestic use and businesses.

Usually, businesses agree to buy specific amounts of energy from these farms to supply power to their properties. Farms like Shotwick also create private infrastructure in the local area – in this particular case, Shotwick Solar Park sprawls across 250 acres and the generated electricity amounts to 72.2 MW (megawatt MW) a year. In layman’s terms, that’s 14,000 British homes that run on the energy that the solar farm generates.

As the name suggests, they are designed to meet the needs of local homes and businesses. They are situated in open areas of the neighbourhood that have good exposure to sunlight. Although the UK isn’t generally a very sunny place, it does have high winds which actually makes energy harvesting more efficient.

Once the solar farm is up and running, it is able to generate about 5MW of energy for anyone who signs up for the scheme. As an incentive to get on board, participants benefit from a reduction in their electricity bills in relation to their property size and energy load.

This process is called ‘virtual net metering’, and has been noted as a potential way to alleviate fuel poverty in times of skyrocketing utility bills. Allowing people to opt-in to such schemes means that there is a greater degree of control in personal budgeting and everyone can access alternatives to fossil fuels.

Can solar farms be set up anywhere?

Well, the short answer is no. There is a rigorous approval process for any planning procedures. Planners must take into account how adequate the land itself is, and how the presence of a solar farm will impact the locality before there are any solar panels installed.

Most solar farms are located in rural areas, as they require anything between 1 acre and 100 acres, while 25 acres of land is needed to produce 5MW of power (which is enough to power 1,500 British homes per year). Many people raise questions about how these large constructions in the UK’s green spaces are impacting on wildlife and agriculture.

Actually, solar farms can stabilise the incomes of UK farmers. We all know that UK weather can be unpredictable at the best of times, and this can have adverse consequences on crops and harvesting. Poor crops generate low incomes which have a domino effect on the agriculture sector in general.

Solar farms, on the other hand, offer a more stable income for farmers. What’s more, the UK government subsidises the costs of setting up a solar farm, offering incentives to farmers willing to use their land to install solar panels.

What about damage to the rural landscape and wildlife?

Any potential environmental risks, ecological or socio-economic factors are considered before the green light is given to construct the solar farms. The terrain below the solar panels is still viable for grazing livestock and plants can still spring up there. The fact is that solar farms have a much lower impact, both environmentally and visually than more traditional methods of generating power such as power plants. Unlike power plants, you will never see a solar farm belching out clouds of smoke or polluting natural habitats.

In recent years, world leaders have committed to reducing carbon emissions and meeting EU renewable energy targets. The UK will increasingly be turning to solar power as a means to carry through on those promises.

More investments will be made in the creation of ‘green jobs’, while fossil fuel imports will be reduced. Businesses will have more control over where they source their energy from, with a view to cutting electricity costs by using locally-sourced green energy and reducing their carbon footprints by avoiding overseas-imported fossil fuels.

The future is solar

One of the upcoming solar plants being funded by the government and given the go-ahead is Cleve Hill Solar Farm in Kent, which will be the largest PV system in the UK. Costing £450m and covering 900 acres of land with 800,000 solar panels, it will supply power to 91,000 households.

Not only will it generate 350MW of renewable energy, but it will also boost biodiversity in the local area by a staggering 65%. On top of that, it will even bring in £1m a year for local authorities to use on projects which will benefit the entire locality. Surely a sound investment!

As time goes on, we expect to see more solar farms popping up across the country. If you’d like to invest in solar on a smaller scale, speak to our expert team about solar systems for your home or business today.