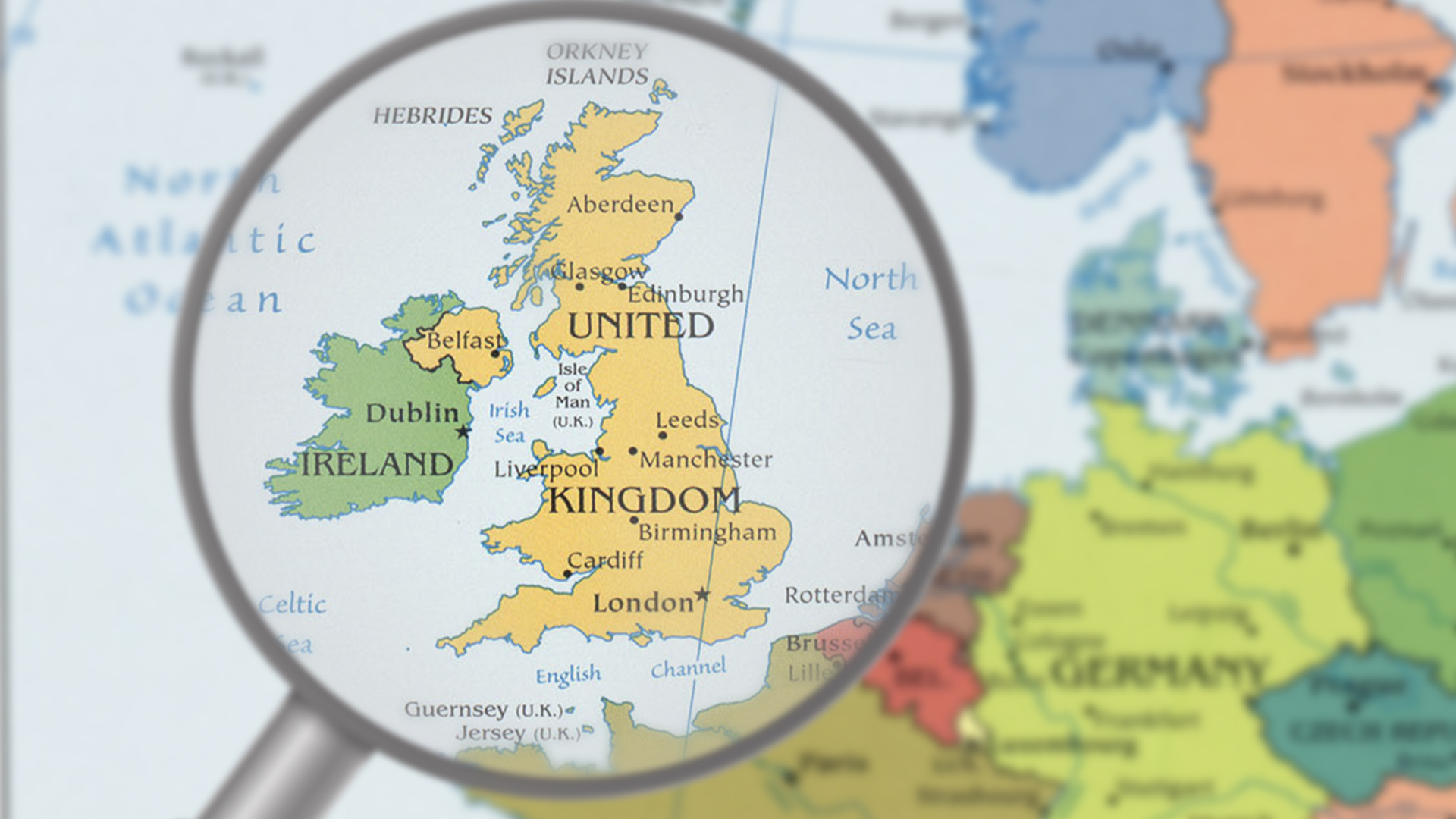 When it comes to solar power, one of the biggest questions is how much space we need for it to be seen as a viable alternative to traditional non-renewable energy sources.

To investigate this, we used government-published data detailing the energy usage of the UK. From this data, we were able to separate the usage into different cities. With these figures and information readily available about domestic solar panels we were able to calculate the exact number of solar panels required to power major UK cities for one whole calendar year.

At the time of writing, electricity consumption for 2022 has not been published by the UK government, so the figures we will be using come from their 2021 dataset. We’ve taken the dimensions of panels available to residential and commercial customers and calculated the area taken up by each panel, multiplying it by the number of panels needed to power each city to get a total area

So how much power did major cities across the UK consume in 2021? 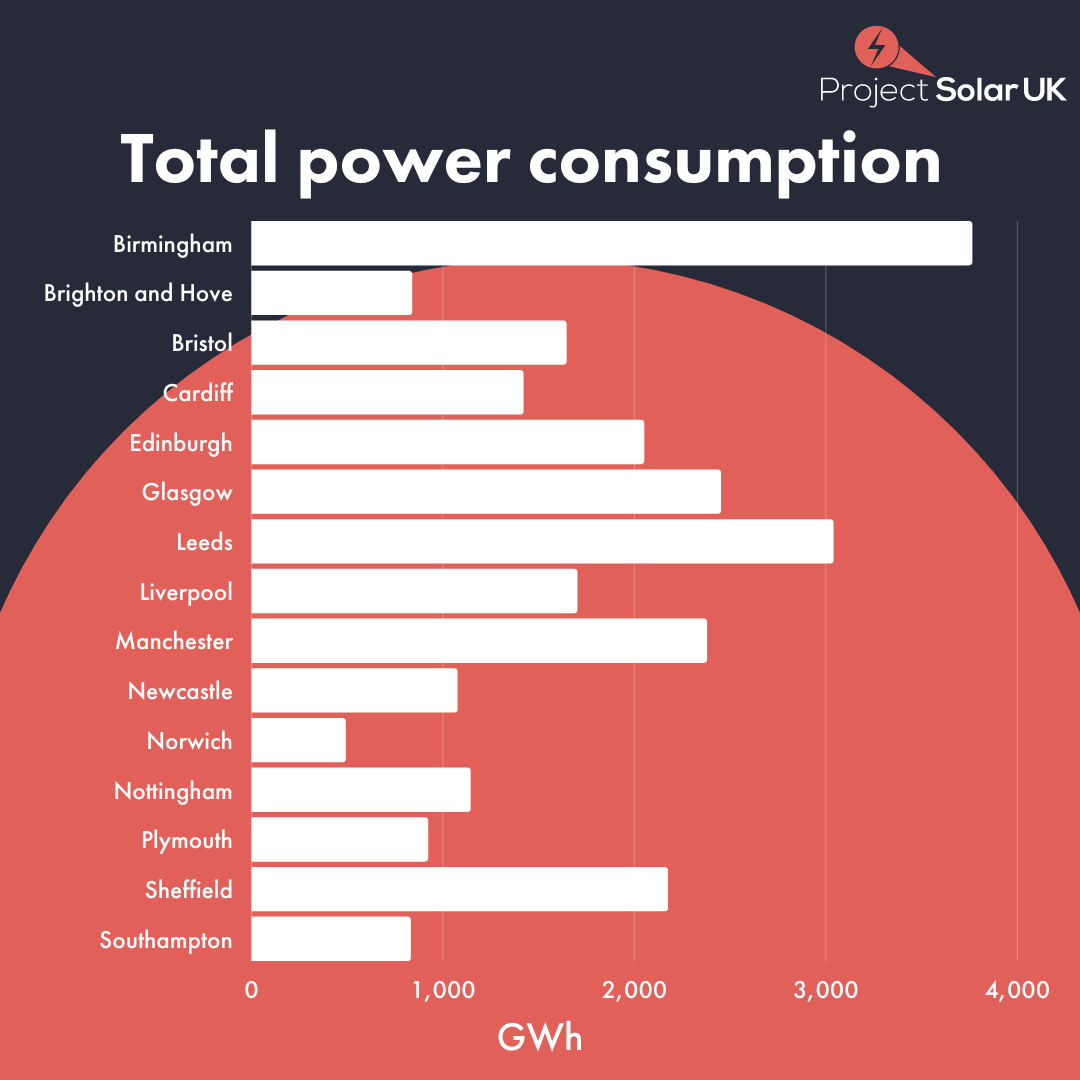 It may come as no surprise that the 32 boroughs of London along with the City of London account for over half of the electricity usage of the other 15 cities on our list. With over 34,000 GWh of electricity usage, with the sheer size of the population in London, which accounts for 13.4% of the UK, it’s no wonder the city consumes so much electricity. To power the city for the whole of 2021, it would’ve taken 10 million domestic solar panels!

While 10 million panels seem like a lot, the size of the city means they can definitely accommodate this number. As Greater London has an area of just under 1,600 km2 the 20km2 space needed to house all the necessary solar panels is around 1% of the total area of the city. As London aims to grow its green spaces (which currently take up around 18% of the city’s area) to account for 50% of the city by 2050, However, these solar panels wouldn’t need to go in the city’s parks and fields, but rather on the rooftops of the many buildings that make up the city skyline.

If you’d like to humour the idea of placing all these solar panels in the same place to form an industrial solar farm, here’s an indicator of how much space it would take. Take the Houses of Parliament for example, which has a floorspace of a little more than 112,000m2. A solar farm with the capacity to produce the amount of electricity used by Greater London in 2021 over the course of a year would fill the floorspace of the Houses of Parliament just over 180 times! 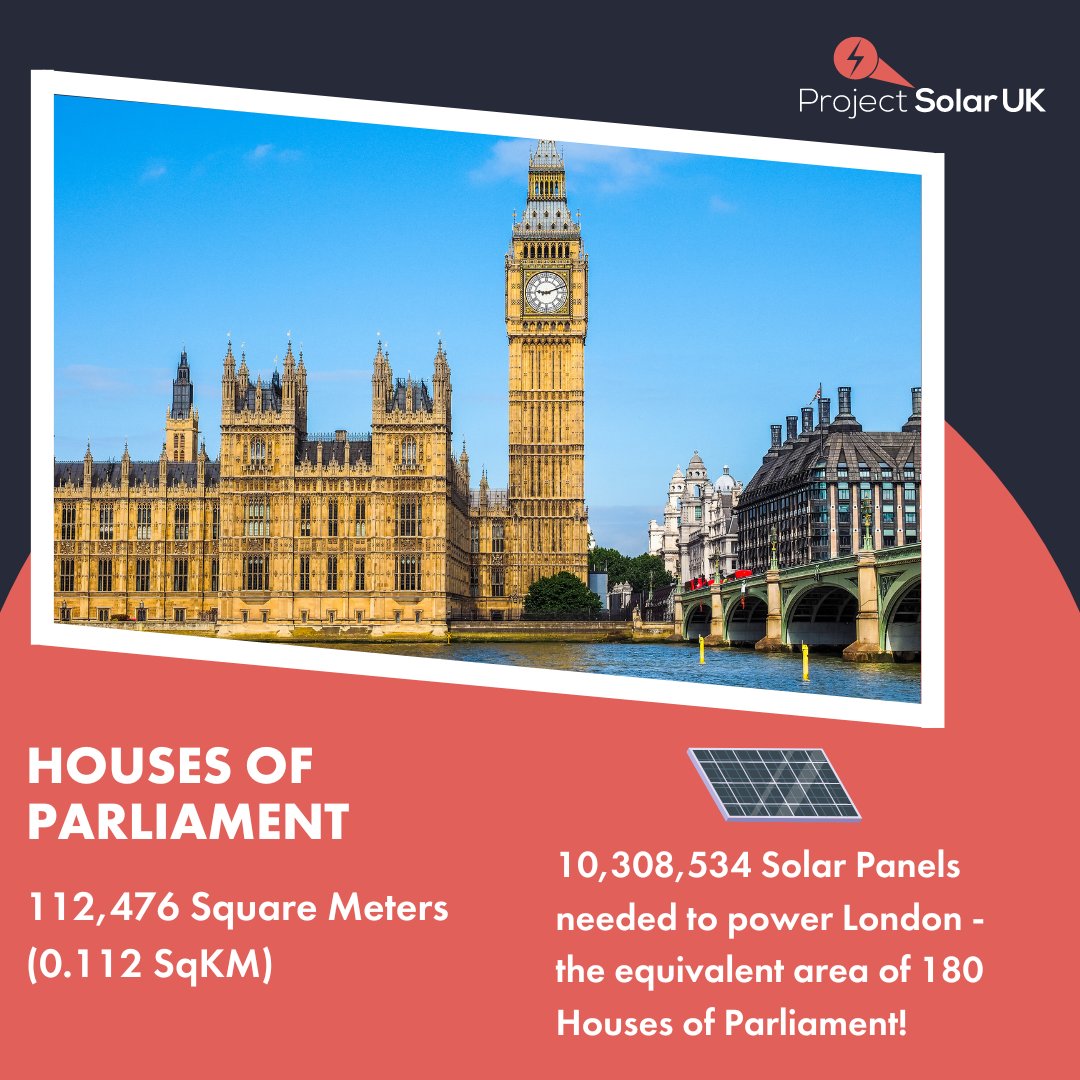 Whilst we know it’s not likely that the whole of the UK will give up 1% of its green space to create solar farms, there’s a bigger picture to look at here. Currently, the way energy is produced comes at a huge environmental cost as well as having to rely on imports from countries with larger natural gas and coal reserves. Switching to renewable energy sources, such as solar, purely rely on harnessing the power from the environment. Imagine if it rained every day, in varying volumes but nonetheless at a minimum of 7 and a half hours of rain. The best way to get water seems obvious, collect the rainwater. So why don’t we apply the same rudimentary logic to sunlight?

The current government figure for the amount of non-residential green space (agriculture, forestry, open land, and water) in the UK is around 83.2% of the country.  For London and the cities listed in the figure below, you would only need to use 0.01% of this land to house a solar farm capable of powering these 16 cities. While the monetary cost may be large, funding more solar energy facilities is worth the sustainability and energy independence it can bring in the future. 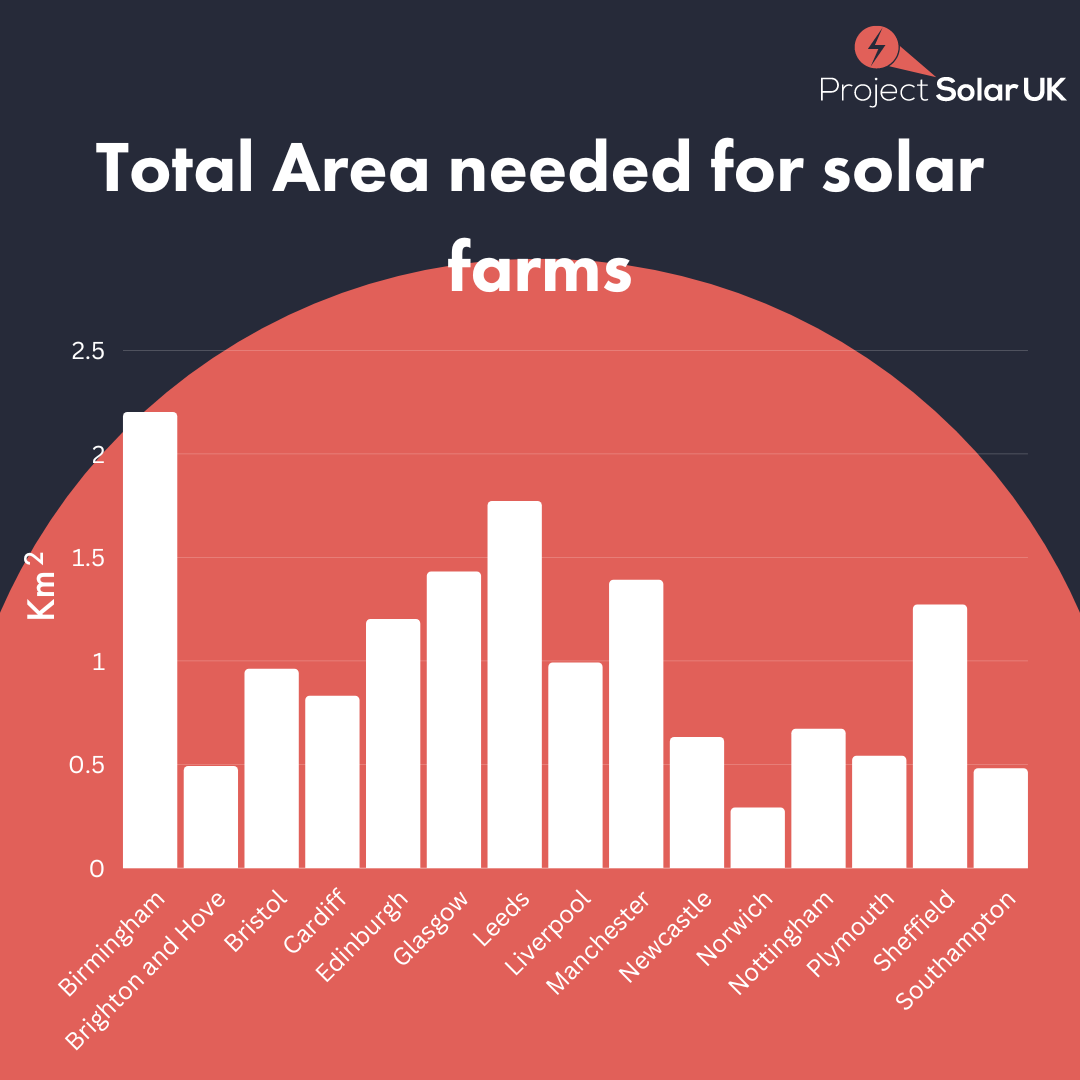 If these stats have gotten you interested in installing solar panels in your own home, contact us today and find out how solar panels can help you reduce your carbon footprint and save money on your energy bills.