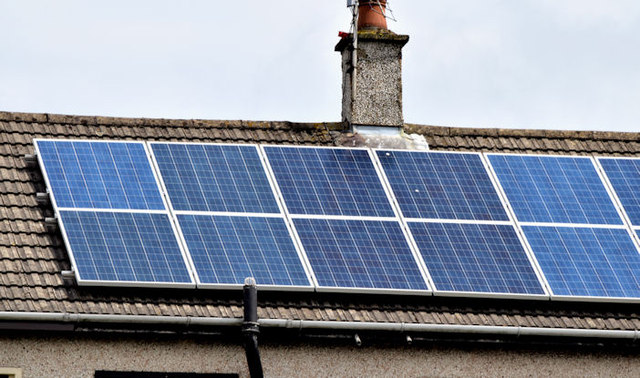 Renewable energy is rightly growing in popularity. According to data from the Department for Business, Energy and Industrial Strategy (BEIS), bioenergy, wind, solar and hydro accounted for 27.5% of all energy supplied in the UK in 2018, up from 23.5% in 2017.

The Solar Trade Association also reports that the UK now has more than 1 million solar homes, counting both solar and solar thermal. While statistics from the Department of Energy and Climate Change (DECC) show there are now 800,000 UK homes with photovoltaic (PV) panels.

If you’re considering installing solar, either at home or on your commercial premises, it’s important to do your homework. Which is why, in this post, we answer questions about solar battery technology, so you understand how solar batteries work in conjunction with solar panels and government incentives for exporting power to the grid.

What Are Solar Batteries Used For?

Solar batteries are used to store energy generated by PV panels. The stored power is usable when the panels are operating under capacity, such as on cloudy days when they operate at under 25%, or when they’re not generating electricity at all, during night time, for instance.

Think of it in the context of a regular weekday. Imagine it’s a sunny day and you’re at work from 9am to 5pm. Because you’re in the office, you’re not home at 12 noon, when the sun is at its strongest and your PV panels are most effective. Therefore, you can’t use that solar energy straight away.

A solar battery stores that energy created at peak sun-hours for later. This means you’ll have renewable energy to use when you get home later in the day, and can use household appliances as usual. Essentially, storage batteries mean you can nearly always rely on renewable energy.

How Is Solar Energy Stored In Batteries?

Solar energy is stored in solar batteries as direct current (DC) electricity, after being generated from direct sunlight by PV panels. A built-in converter then turns the DC electricity into alternating current (AC) electricity, which is usable for powering devices and appliances.

How Long Will A Fully-Charged Solar Battery Last?

It depends on the battery model and what you are using the power for. But in many cases, solar batteries generate around 10 to 12 hours of energy, which is enough to use on winter’s nights, or on cloudy days when PV panels aren’t operating to full capacity.

The average UK household uses between 13 to 14 kWh of electricity per day (5,000 kWh per year), mainly in the morning and evening. Solar batteries range in capacity; from 1.2 kWh to 16 kWh, so calculate your household energy usage, or ask an energy expert for an estimation and advice.

As a rule of thumb, the more household appliances you use, the bigger you will want your solar battery capacity to be. Your decision will also depend on battery cost, as there are plenty of different price options available, meaning there will be a battery to suit your requirements.

Warranties are available, but they vary. Some manufactures guarantee unlimited charges, and some offering a certain number of charges, whether that’s three or ten thousand. Some manufacturers offer a guaranteed power range – often between 7,200 kWh to 80,000 kWh – over time.

In addition to capacity, the makeup of the solar battery is important too. Lead acid, while being the cheaper option, doesn’t last as long as lithium ion. Lithium ion is now seen as the go-to material, due to its lifespan. Saltwater electrolyte batteries are available, but remain relatively untested.

How Do Solar Batteries Feed Into The Grid?

You may have heard of the feed-in tariff (FiT), whereby small-scale renewable generators, such as homes or small businesses, were paid for green electricity exported to the grid. FiT has now ended, however, with a new system set to be implemented in 2019 following a the results of a now-closed consultation: the future for small-scale low-carbon generation.

Can You Use A Solar Battery To Go Off-Grid?

Yes. Although PV panels in isolation aren’t enough. That’s because cloudy days (and we get plenty of them in the UK!) might not always provide you with enough sunlight to turn into power. A solar battery, however, could help you store enough energy to go completely off-grid. Although whether this is viable or not depends on both your household energy usage, and the solar battery model you choose.

Generating your own green power by going completely off-grid is an admirable goal. Energy experts will help you assess both the technology installations and lifestyle changes required to make it happen.