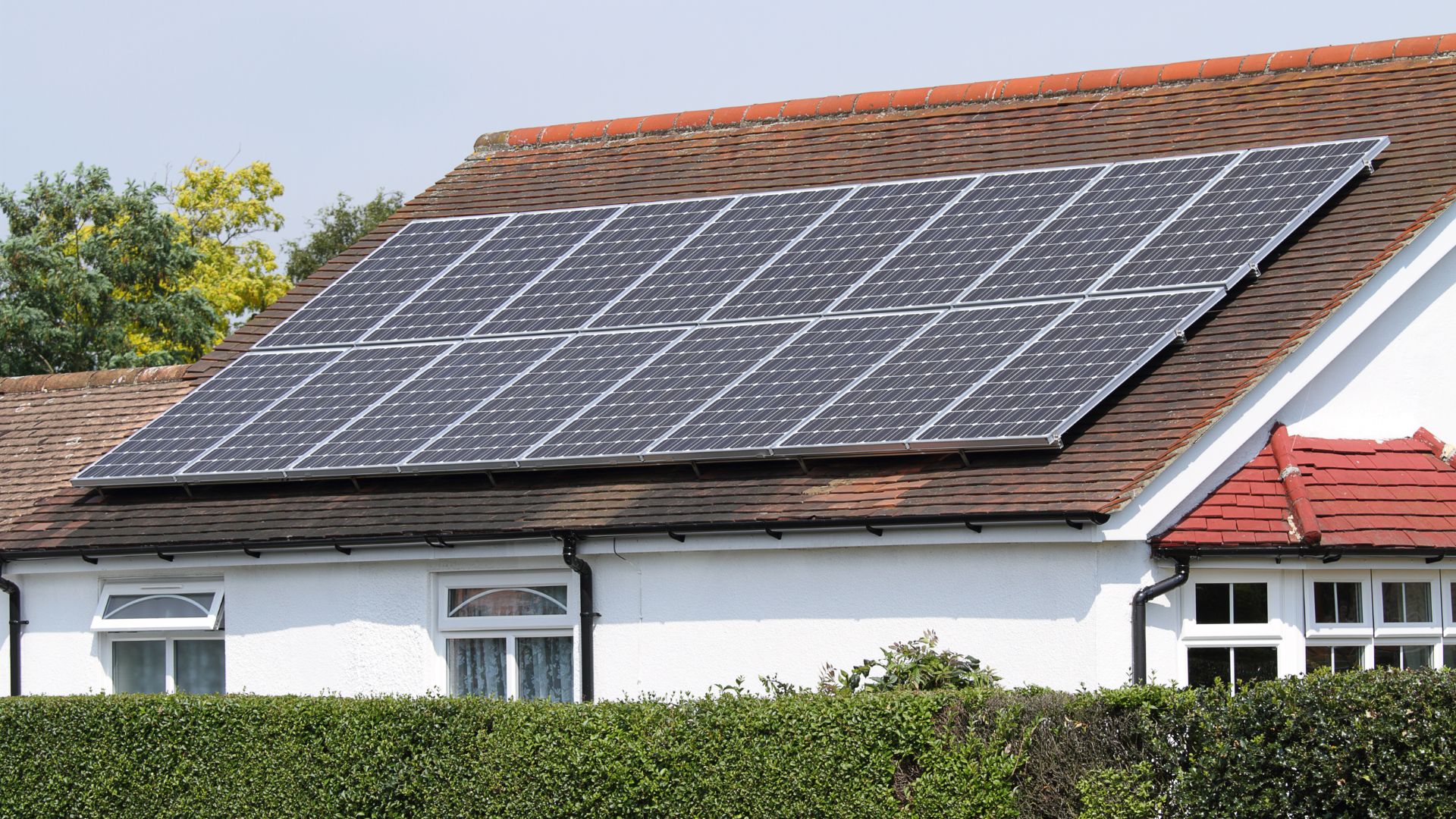 To truly get the most out of your solar panels, it’s important to ensure that they are exposed to as much direct sunlight as possible.

That means that you should look into the best position for solar panels, including the direction, angle and location of the panels.

Solar panels need sunlight, so it’s only logical that they should be mounted in a way that they are directly facing the sun.

If, like us in the UK, you live in the northern hemisphere, the best position for solar panels is facing south, as this is where the sun reaches its highest point and gives off the most light during its daily run. Being in the light of the sun all day long, south-facing solar panels will have the maximum possible time to collect sunlight and convert it into energy.

Your solar panels will benefit from south-facing positioning, but they can still function effectively and generate energy in eastern and western facing positions. However, if your panels don’t face south and you’re aiming to cover all of your electricity usage with solar power, you may have to install a few more panels or invest in additional technologies, like solar inverters, to meet your energy needs.

The worst position for solar panels is on the north side of your roof, and it’s probable that you’ll need special mounting equipment so that the panels oppose your roof’s slant and face south.

In fact, if you want to use solar energy to power your domestic appliances, it might be a good idea to point your solar panels slightly south-west, in the direction of the setting sun. That way your panels will produce more energy in the evening, when you’re perhaps most likely to be at home using appliances.

Another thing to consider when thinking about the best position for solar panels is how to angle them.

The angle varies depending on the type of roof you have, and where you love, but the aim is to get the panels as close to the sun as possible. Most people benefit in terms of energy and savings from angling their panels close or equal to the latitude of their home – typically between 30 degrees and 45 degrees.

If your panels are slightly off on the angles, then it won’t make a huge difference to energy output. However, it’s wise to ensure that they don’t drop below 12 degrees from horizontal, as they won’t be able to self-clean as efficiently, which will ultimately hinder light reception and energy production.

Do solar panels have to be attached to the roof?

One important thing to always keep in mind when you think about the best position for solar panels, is whether they are in direct sunlight. One way to ensure that they are exposed to the sun, is by mounting them on your rooftop, out of the shade.

Shade obstructs the sun’s light from reaching the panels, so this will affect the panel’s output, regardless of the orientation or elevation. It only takes one panel being in the shade to reduce the energy output of all of the panels in your system, so it’s vital that you avoid shade.

Most roofs slant at 35 to 40 degree angles, which means that some sort of sloping solar panel rack is necessary to elevate the panels as close to the sun as possible.

If your roof is very steep, it might be nigh impossible to achieve optimal tilt with traditional racking systems, in which case the best solution is to lie your panels flat against the roof.

Low-angle roofs may also require specialised racking to achieve the optimal angle for energy production, while a flat roof will need a racking system to mount the solar panels up at an optimal angle.

This can lead to some complications with the positioning of the panels, as they may overlap with one another and prevent sunlight from reaching their surfaces. It’s important to get professional advice about how to space and stagger the rows of panels out on the roof.  In any case, you should never attempt to install solar panels yourself – always seek the services of a qualified professional solar panel installer.

Most solar panels can be found on the rooftops of homes, which has led to the assumption that solar panels have to be placed on the roof. While it’s true that roof-mounted solar panels are elevated out of the shade of trees and are protected from heavy winds, the roof isn’t the only option.

Free-standing solar panels can also be a great option, as their positioning doesn’t depend on your roof’s angle or orientation.

Alternatively, integrated solutions such as solar façades and flat-roof solar panels can be used to replace conventional building materials.