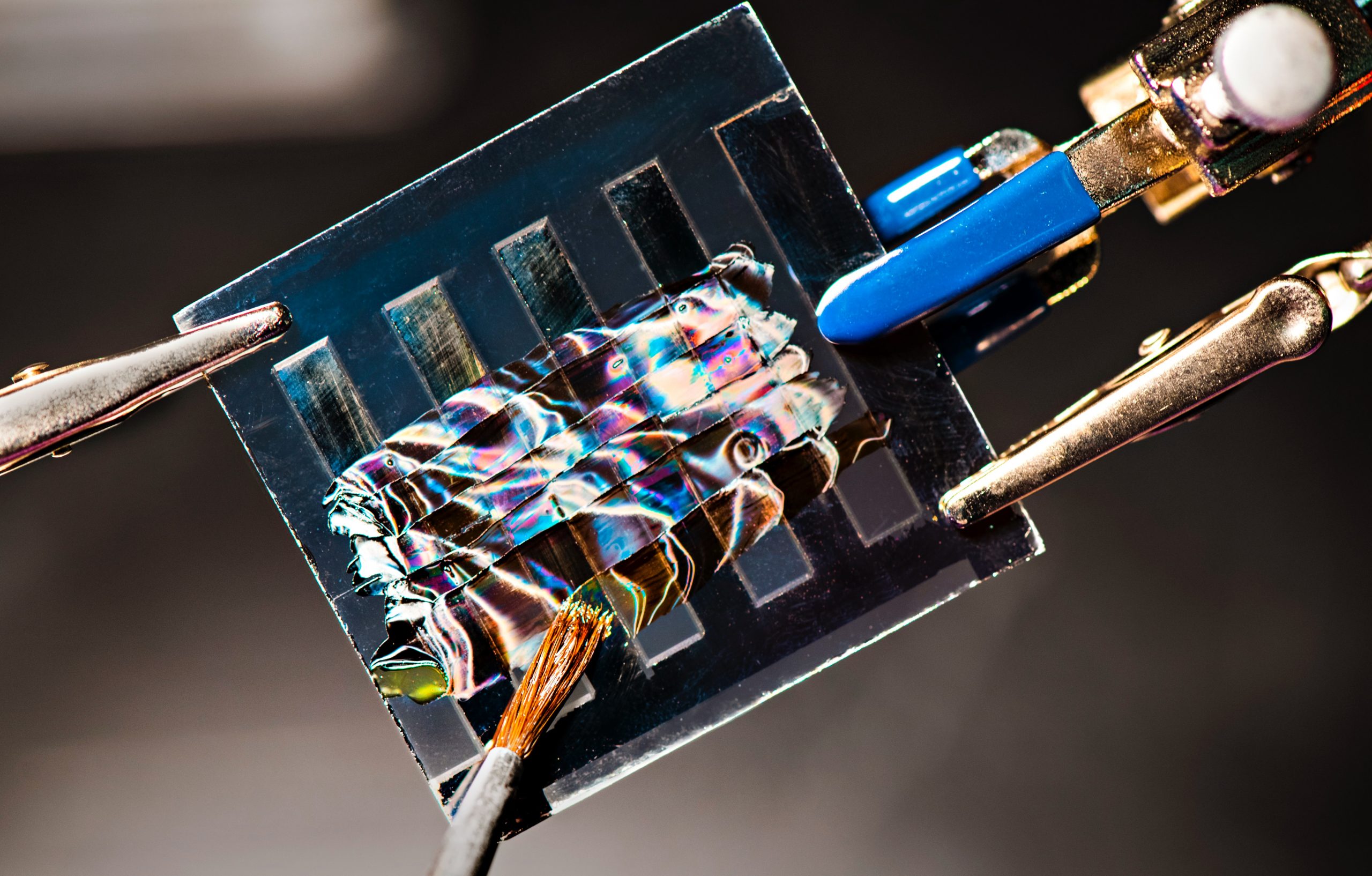 There is more of an onus than ever on the public to find ways to reduce the amount of greenhouse gases in the atmosphere, and in-line with the Government’s plans to commit to zero emissions by 2050, renewable energy sources are increasing in popularity. The last decade has seen more homes than ever switching to solar panels as their choice for renewable energy in their homes.

For a long time, solar energy storage was thought of by many as something those that live off-grid needed, but with the growth of domestic renewable energy and advancing technology surrounding energy storage systems, it’s an area with big potential for savings and a huge benefit to the planet.

What is a solar panel battery?

Solar panels make the most electricity during the middle of the day, which coincidentally is when most homes use the least amount of energy. Because of this your solar panels will produce a lot of surplus energy that your home won’t use.

Solar panel batteries work by storing the excess energy produced during this time and when it’s extra sunny, so you can use it at a later date rather than let it go to waste. This lets you continue to power your home with renewable energy from your solar panels, even during times they aren’t producing electricity.

Solar panel battery storage allows homes to be less reliant on the national grid, meaning they are more eco-friendly, cheaper to run and have access to power even in storms when the grid is down.

When you have a solar panel system installed in your home, you will most likely generate more electricity than you need at times of high supply and low demand with any extra energy being sent back to the grid.

Most owners of solar panel systems in homes tend to use around 40% of their generated electricity, with the remainder being exported to the national grid.

Many people are paid for this through a feed-in tariff agreement. A feed-in tariff is designed for solar panel owners to be able to sell back surplus energy to the grid. The feed-in tariff is determined at the point your solar panel system is installed. Most people receive payment based on how much electricity they generate and are assumed to use, rather than the actual amount they export. This process is called ‘deeming’ and for the average person is set at 50% of total generation.

How much does it cost to install solar panel batteries?

When deciding if solar panel batteries are worth it, it is important to factor in the cost for both the battery and the installation in comparison to the savings you will make once the system is installed. Some of the biggest contributors to solar panel battery costs are the chemical materials used to make the battery, the storage capacity of the battery and the usable capacity. Solar panel batteries can cost between £1,000 and £6,000 depending on the type of battery you need. Batteries range in size from around 1kWh to 8kWh. A 4kWh system would store enough electricity to boil a kettle around 37 times.

When a solar battery drops below -1 it requires more voltage to reach maximum charge, and when it rises over 30 degrees it will become overheated and require a reduction in charge. Many solar panel batteries take this into account and provide a moderation feature, so be sure to check the battery you wish to purchase includes this to make sure solar panel batteries are worth it for you.

How do I choose the right solar panel batteries?

Searching for the right solar panel battery for your needs can be a little confusing, but there are four key features to take into consideration when looking to buy a solar battery for your system.

The capacity rating isn’t very useful on its own, and the power rating needs to be considered alongside it.

Power rating – The power rating tells you how much electricity a battery can deliver to your home at any one time, measured in kilowatts. From here you can determine how many appliances you can power in your home with a solar panel battery.

When looking for a battery, note that batteries with a high capacity and low power rating make useful backup generators, as they can power a few important appliances, like a refrigerator or freezer, for a longer period of time.

Conversely, a battery with a low capacity and high power rating can power the whole house but only for a short period of time, as there is less electricity stored within the battery.

A higher depth of discharge rating will allow you to use more of the energy stored in the battery before it needs to be recharged.

As an example, if you have a solar panel battery with a kWh capacity of 10 with a recommended depth of discharge of 60%. This means you shouldn’t use more than 6kWh of electricity before you recharge it as this will damage the battery.

Warranties – A solar panel battery’s warranty gives an indication of how long the battery will last.

Warranties are usually measured in cycles. A cycle occurs when the battery is fully charged and then drains with use. Each time a battery cycle completes, the battery’s ability to hold a charge decreases.

How you choose to use your solar panel battery will influence how many cycles it will last for.

Is a solar panel battery worth it for me?

However, if you use the most electricity in the evenings, a solar panel battery will store the energy produced during the day, freeing it up to be used in the evening when you need it without relying on the grid. This is not only beneficial for the planet, but it will also help to cut your electricity bills.

Another factor in determining whether it’s worth investing in solar panel batteries is the fact they can be used to enable grid trading over a platform such as Social Energy. This lets you sell and trade surplus electricity back to the grid, meaning you can save and earn money on your electricity usage.