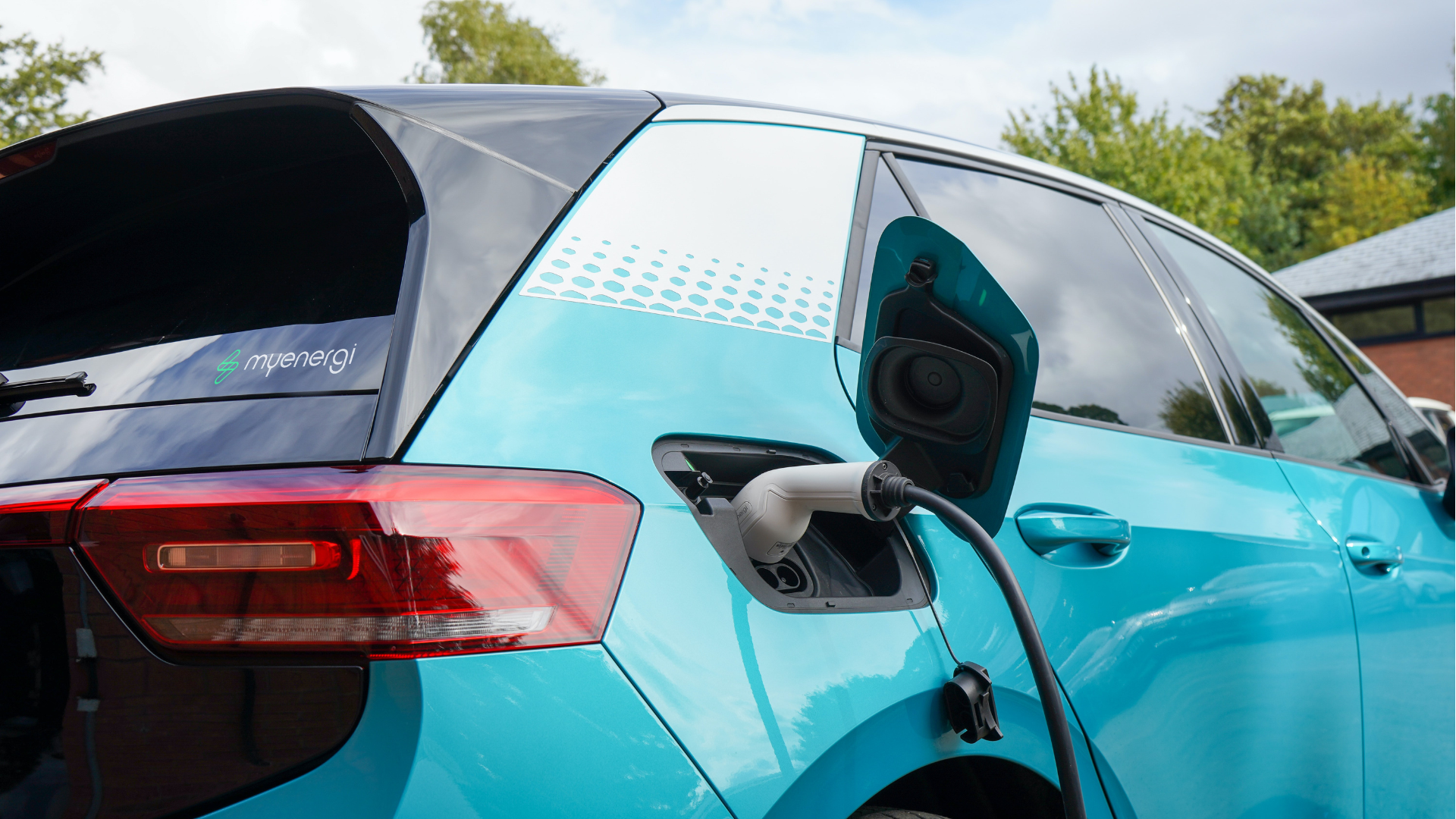 The UK government is currently on track to ban the sale of new cars and vans powered entirely by petrol and diesel by 2030. Five years later, in 2035, they’ll also ban the sale of new hybrid vehicles. As of 2035, all new cars and vans sold in the UK must be 100% electric. So, if you’re asking yourself, should I get an electric car now or wait, we’re on hand to help you confidently make the right decision.

Before we get into it, it’s worth noting that the government has no plans to ban the sale of second-hand petrol and diesel vehicles. As a result, we can expect petrol and diesel motors to remain on our roads for several years, likely even decades.

However, with the UK Government at the forefront of a growing global green economy, pledging to become net zero by 2050, tax on petrol and diesel cars will likely be increased to encourage drivers to embrace electric vehicles.

When it comes to hybrid vehicles, there seems to be a lot of a grey area in the Government policies set out to date. For example, while they have stated that hybrids that offer a “significant” zero-emission range qualify to remain on sale until 2035, they’ve yet to clarify further.

Currently, it’s unclear what the zero-emission range is and whether there will be different rules in place for various types of vehicles, such as plug-in and full hybrids. According to the Government, the final policies will be “defined through consultation.”

If you’re ready to weigh up the key considerations and make your decision, read on.

Considerations when asking, should I get an electric car now or wait?

When do you plan to buy your next car?

According to the Society of Motor Manufacturers and Traders (SMMT), the total EV registrations reached 190,727 units in 2021. The recent figures show a 75% increase from 2020, with an additional 108,205 units registered. Increased registrations mean increased choice. Furthermore, as demand continues to rise, particularly with environmental pressures and fuel prices soaring, supply will increase too.

While there is plenty of choice on the market currently, from the Volkswagen id.3 to the Porsche Taycan and Jaguar I-Pace, you won’t be short of options. That said, the options are only set to increase yearly. Furthermore, prices could decrease thanks to technology advancements and increased competition, meaning you’ll get more bang for your buck.

So, your first consideration should be when you plan to buy your next car. If you’re happy to wait, you have the benefit of time. However, if you’re ready to buy now, there are many more considerations. Onto the next!

What is your budget?

Of course, budget is an important consideration. Generally, electric cars are priced higher than their petrol and diesel counterparts.

The reason being is that electric cars are manufactured in lower quantities and with newer, more expensive technology. However, as mentioned previously, as the EV market continues to develop, there’s hope that prices will fall.

However, it’s worth mentioning that although the initial costs could be higher, you shouldn’t automatically rule out EVs. Be sure to consider running costs, road tax and fuel savings. In the long run, you may find that an EV will actually save you money, depending on your requirements.

Have you thought about powering your vehicle?

Despite recent developments, there’s much more to investing in an electric vehicle in the UK than simply finding the cash. Beyond your budget, another essential consideration is powering your vehicle.

With fuel costs rising, you may have determined that powering an electric vehicle is a more economical option. However, it’s also important to consider if it’s logistically feasible.

For example, an electric car should suit you well if you tend to take short journeys. However, if you are averaging hundreds of miles every week, an element of planning is most definitely required. While we’re seeing more EV charging stations popping up all over the UK, there’s still work to be done.

You’ll need to think about range and charging times, too.

Once you’ve thought about charging points available – and soon to be – available to you, it’s time to think about the range of charging times of your preferred EV, too.

While once upon a time, the thought of waiting several hours for a full charge was a huge deterrent, that’s no longer the case for many models. Thanks to advances in battery technology, many new EV models can charge from 0-80% in an impressive 30 minutes or less. Granted, it’s not as quick as refuelling, but it is cheaper and more environmentally friendly.

However, range and charging times can vary significantly from manufacture to manufacture. So, if you’re comparing several models, these are two things you’ll want to consider.

Have you considered maintenance costs?

Based on the higher purchase price, you may presume that maintenance such as servicing and repairs will be higher too. The good news? In reality, it’s the opposite.

According to Kwik Fit, EVs cost far less to get serviced. Furthermore, according to AFDC, all-electric vehicles require less maintenance than conventional vehicles.

Take the Tesla Model 3, for example. The car has just 17 moving parts. Compared to a typical fuel-consuming vehicle, which can have more than 200 parts, you can see why service and maintenance are more straightforward and, as a result, more affordable.

How important is the environment to you?

If your decision is 100 per cent based on the environment, it’s easy to determine that an electric car is a suitable choice for you.

Because EVs don’t have tailpipes, there are no tailpipe emissions. In short, if every car on the road were electric, the air pollution in urban areas would be significantly reduced.

Charging at home with solar power

Another important consideration regarding the environment is where the electricity used to fuel your EV comes from. If you’re keen to reduce your carbon footprint even further, charging your car at home with solar power is an excellent option.

As we mentioned rising fuel costs, it’s only right to mention the other elephant in the room, rising energy costs. Thankfully, solar power is an economical and environmentally friendly solution. Check out our blog to learn more about using solar panels to charge an electric car.

Do you have a manufacturer or model in mind?

As the range of EVs slowly but surely expands, there’s currently more choice than ever. With options spanning small cars, SUVs and sports cars, there are plenty of options on offer.

If you’re splashing the cash, the Porsche Taycan Turbo S comes with luxe interiors, rapid charge, and a great overall look. On the other hand, if you’re looking for something more budget-friendly, the Volkswagen e-Up makes for a popular choice.

Ultimately, the manufacturer and model you choose will come down to personal preference, so only you can make the right decision for you.

If you’ve previously researched EVs, you may have come across several government grants, such as the plug-in grant. However, as of 14 June 2022, the Government announced an end to the plug-in grant. The decision comes as the Government is now refocusing the funding toward critical barriers to the EV transition, such as “public charging and supporting the purchase of other road vehicles where the switch to electric requires further development.”

Although previously available grants are no longer, several Government policies will still lead to savings for EV drivers. For example, EV drivers will continue to benefit from incentives such as zero road tax and favourable company car tax rates. According to the Government website, these initiatives can save drivers more than £2,000 annually.

As you can see, there’s a lot to think about when asking, “should I get an electric car?” However, with a wealth of resources online and a rapidly developing industry, the future of EVs is undoubtedly bright. According to The Guardian, electric cars sold in the UK have surpassed half a million, despite supply chain issues.

If you’re keen to learn more about powering your electric vehicle with solar, get in touch with our friendly team, who will be more than happy to help you kick start your solar journey.