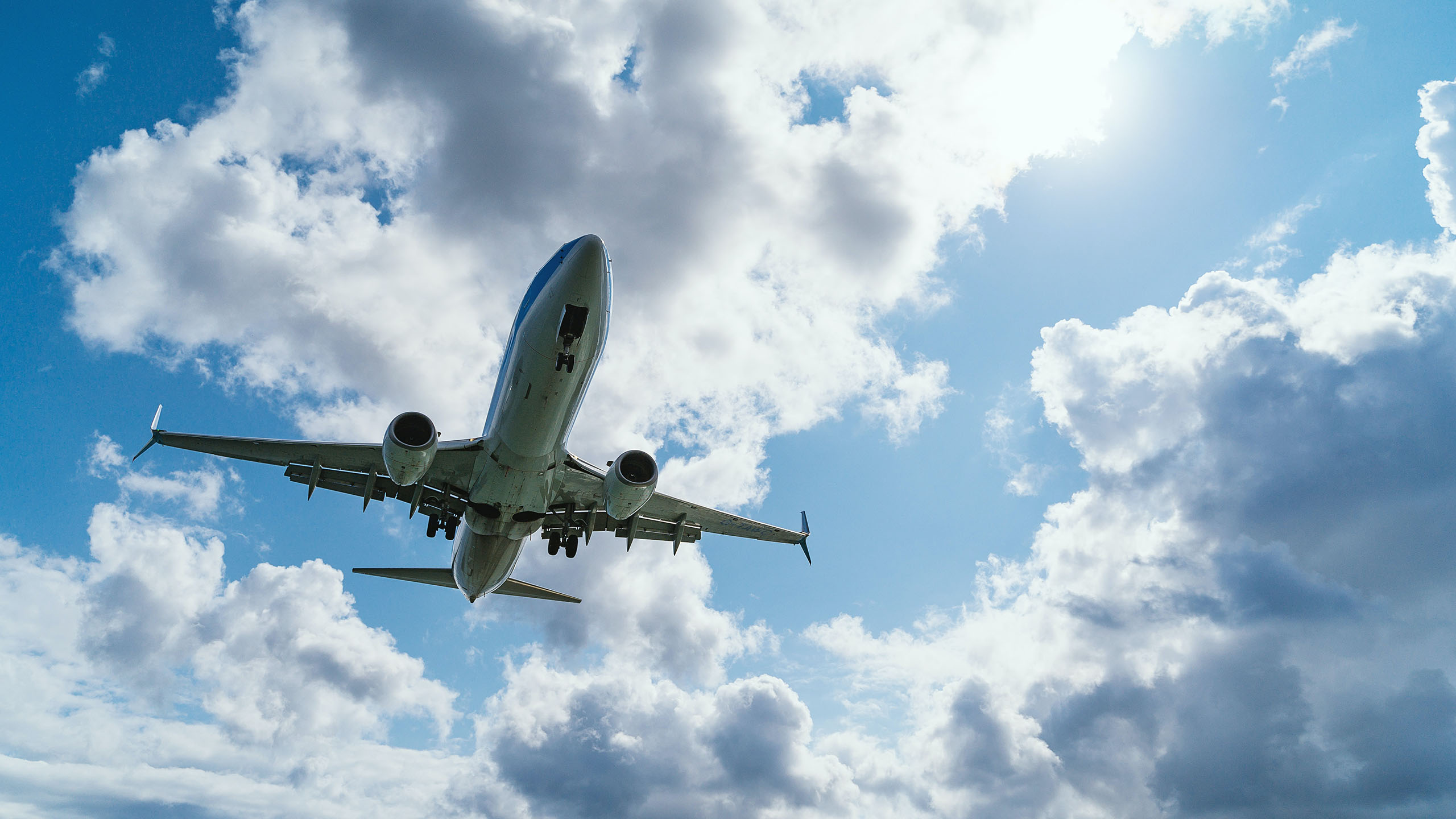 It’s no lie that the Aviation industry is a huge contributor to climate change. Global emissions from the sector total over 900 million tonnes of carbon dioxide each year, with every 3,000 mile round-trip flight emitting approximately one tonne of carbon dioxide per passenger.

The effects of climate change are becoming more and more transparent as the years go by. Droughts and floods are becoming more frequent and more intense as climates warm, and the steps to combat these disasters are having to be more and more drastic. That said, the passenger Airlines populating the Aviation industry, and subsequently producing the most pollution, have upped their game in their commitment to reducing their carbon footprint.

If you’re looking towards booking your summer holidays, but find yourself feeling guilty about the effect your flights could be having on the environment, then look no further. We’ve taken that into consideration, and want to share some of the incredible efforts airlines across the world are taking to become sustainable.

For an airline that has only been in service since 2003, Wizz Air’s efforts towards sustainability are impressive. The airline currently has an average fleet age of just 5 years, meaning the fuel efficiency of their aeroplanes is unrivalled. On top of this, Wizz has stated that over 80% of the waste produced by the company is recyclable. They also do not use single-use plastics in any of their operations, earning them the top spot on our list.

Having already achieved a 43% reduction in single-use virgin plastic, the removal of plastic water bottles on flights, and a 25% recycled plastic content in crew uniforms, Virgin Atlantic is continuing to focus on delivering a reduction in single-use plastic on-board. Virgin Atlantic has the second youngest fleet on our list, at an average of just 6.9 years. And by the end of the decade, the airline has committed to using 10% Sustainable Aviation Fuel. This paired with a partnership with Storegga Geotechnologies – a pioneer in carbon reduction and removal solutions, proves the effort Virgin Atlantic is pouring into its sustainability efforts.

A spokesperson for Virgin said, “We know that as an airline we have a pivotal role to play in protecting the planet, while connecting people across the globe and strengthening crucial trade connections. For more than a decade we’ve been leading the way in the decarbonisation of the aviation industry and as we continue the hard work with our cross-industry partners to reach net zero emissions by 2050, we’re honoured that our work in this space is being acknowledged with our place on the Project Solar list.” 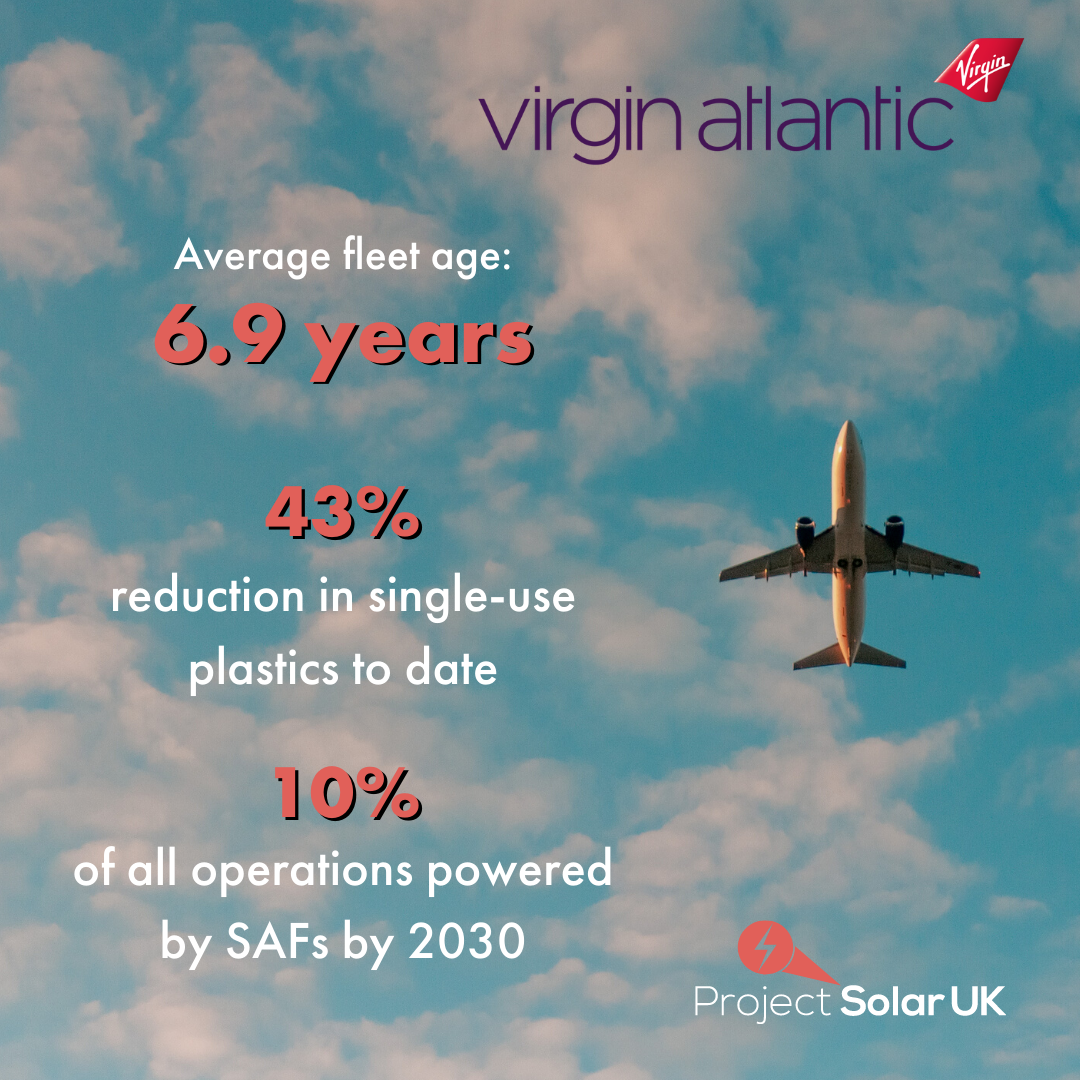 As part of the Lufthansa Group, Swiss Air Lines was founded in 2002. Since then, they have done well to commit to sustainability within their flights. To date, Swiss have seen a 71% reduction in the single-use plastics within the business, and aim to remove all by 2025.

Finnair currently have an average fleet age of 10.6 years, and their current 80g of CO2 per passenger kilometre isn’t reflective of their efforts towards sustainability. In 2019, Finnair joined the Nordic Network for Electric Aviation, an initiative focused on advancing the development of electric flying, while simultaneously looking to develop current aircraft technology for the harsh Nordic weather conditions.

Finnair have taken things one step further, adding sustainability into their ‘Articles Of Association’. This is the document that defines a company’s purpose. Unlike other airlines who have sustainability as an extension to their company, Finnair have woven their promises of sustainability into their vision as a company. Ultimately, Finnair are aiming to reach carbon neutrality by 2045, years ahead of competitors. Before this, however, they are hoping to reduce total carbon emissions by 50% in 2025 from a 2019 baseline.

Based out of Switzerland, easyJet sat at 81.08g of CO2 per passenger kilometre in 2021, an increase from 70.77g in 2020, due to the reduced load factors the entire Aviation industry saw during the pandemic. Apart from this unforeseen increase, easyJet has done well to reduce their CO2 per passenger kilometre since 2016, seeing a constant decline each year from 73.96g in 2016, to 70.77g in 2020. EasyJet has been supporting The Pulau Borneo project, focused on conservation of tropical rainforest on the third-largest island in the world, Borneo, in Indonesia.

Qantas was the second airline in the world to commit to net zero emissions by 2050, and in March this year announced a series of interim sustainability targets it aims to hit by 2030. These include a 25 per cent reduction in emissions, 10 per cent use of sustainable aviation fuel in the fuel mix and zero waste to landfill, as well zero single use plastics by 2027. Qantas’ carbon offset program has one of the highest participation rates of any airline in the world, with a focus on high-quality Australian and international projects. Through its Green Tier initiative, Qantas encourages its 13 million Frequent Flyer members to live more sustainably.

Qatar Airways win big in their sustainability efforts outside of aviation. In May 2019, they were the first Airline to join the United for Wildlife Transport Industry Declaration, which aims to prevent the unlawful transport of endangered species. While investing in this, Qatar also offers endangered species of animals transport back to their natural habitat, free of charge. In May 2021, they put this to the test by rehoming seven rescued lions from Ukraine to South Africa.

41.3% of waste was diverted from landfill by Air New Zealand in 2021, with an aim of increasing that to 65% by the end of 2023. Similarly, 50% of plastics are to be removed from operations by 2023, based on a 2021 baseline. The longstanding partnership between Air New Zealand and the Department of Conservation in New Zealand has continued to soar. In 2021, the airline relocated more than 600 threatened species, and since partnering with the department, more than 45,294 hectares of land have been put under sustained pest control to promote biodiversity.

British Airways are supportive of the development of hydrogen as an alternative fuel source for Aviation. That’s why they’ve invested in ZeroAvia, a leading innovator in decarbonising commercial aviation. In September 2020, ZeroAvia completed the world’s first hydrogen-electric fuel cell powered flight of a commercial-grade aircraft. In their waste efforts, British Airways have saved over 45 tonnes of plastic annually, removing all plastic bags from flights, and swapping plastic items such as stirrers with bamboo alternatives.

British Airways has put sustainability at the heart of its business with the BA Better World programme, the airline’s most important journey yet. It’s committed to a sustainable future and to achieving net zero carbon emissions by 2050. While there is no single solution to this challenge, British Airways has built a clear roadmap to get there. In the short-term this means improving its operational efficiency and introducing carbon offset and removal projects while in the medium to longer term it’s investing in the development of sustainable aviation fuel and looking at how it can help with the growth of zero emissions hydrogen-powered aircraft and carbon capture technology. 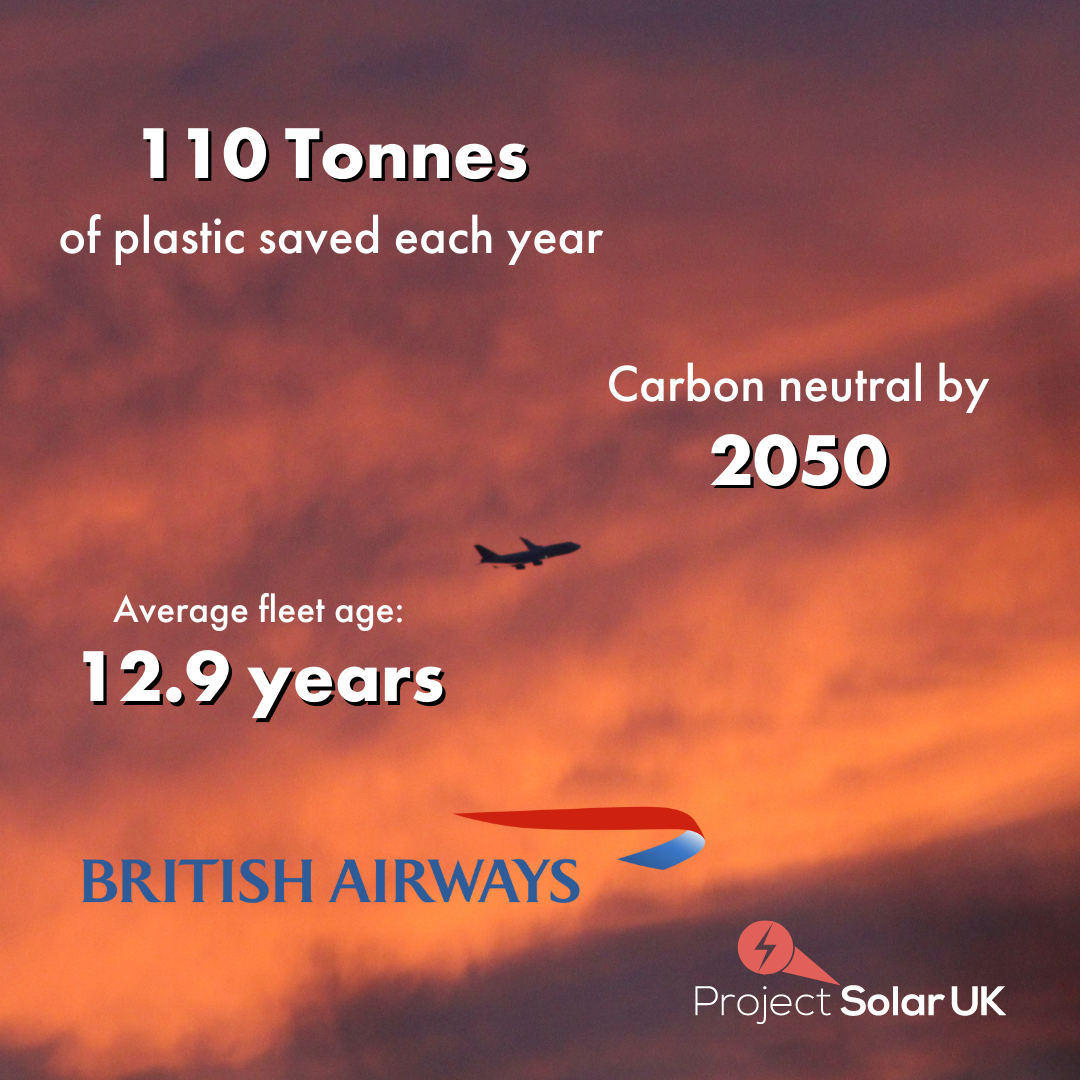 It’s clear that these Airlines located around the world are committed to making the world a better, greener place, and with technological advancements arriving each year for aircraft, it’s no doubt that these companies will continue to see their carbon footprint decrease in the decades to come.

Are you interested in reducing your carbon footprint? Installing solar panels in your home can help reduce your reliance on the fossil fuel-powered grid, and by generating your own electricity, can reduce your ever-increasing energy bill prices.

To speak to a member of our team about your solar power options, get in touch today.