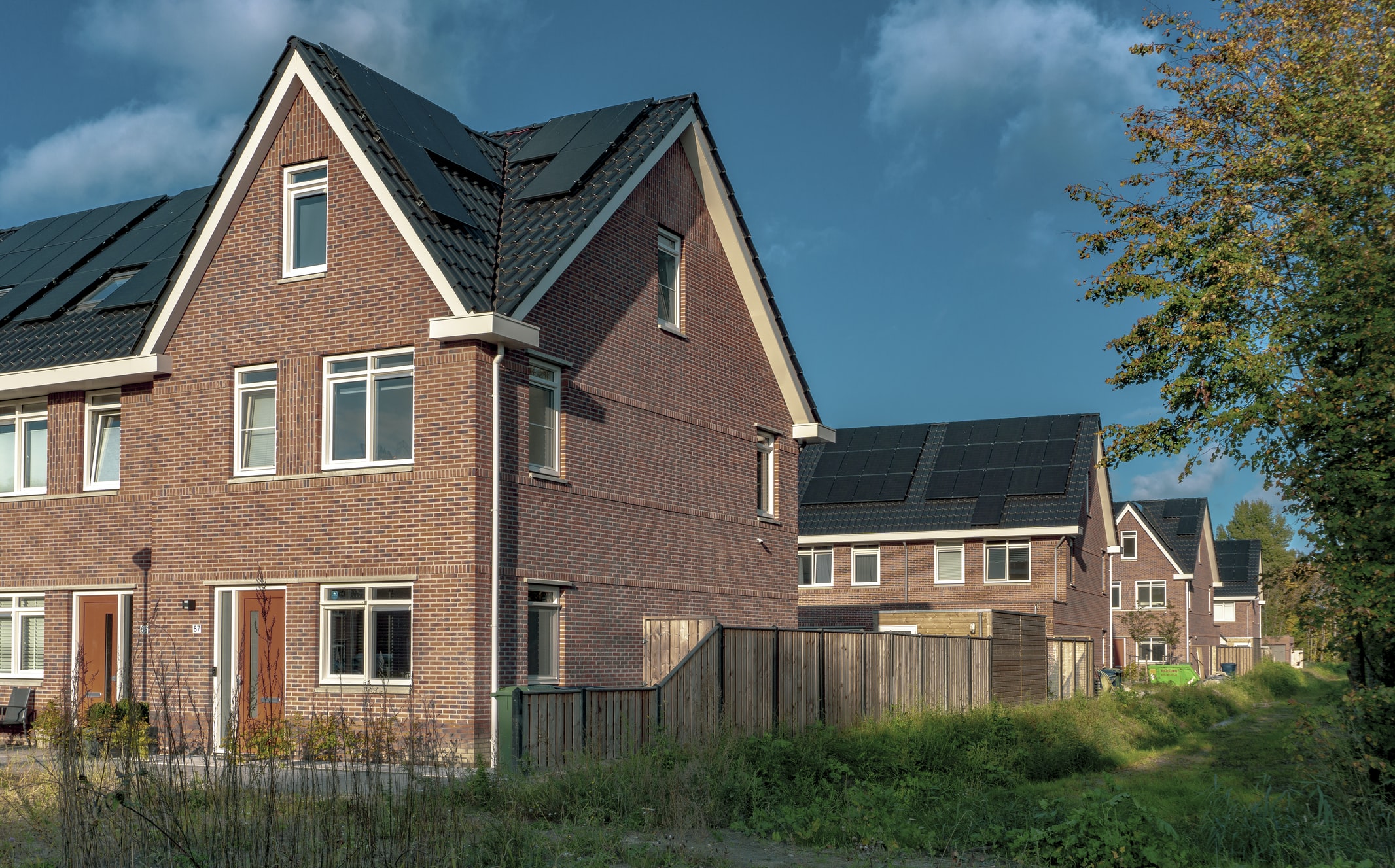 How efficient solar panels are is the equivalent to how much sunlight the system can directly transform into usable electricity.

The need for renewable energy sources has increased substantially over recent years. As such, it is important to understand how we can maximise solar power production.

As well as the system itself, external factors also affect solar panel efficiency. Contributing factors include:

In this article we further explore the contributing factors that affect the overall performance and efficiency of solar panels.

Solar panels are made up of photovoltaic (PV) cells. Advancements over the last 25 years in PV technology have substantially increased domestic solar panel efficiency.

Solar cell efficiency is determined by the cell structure, which is a result of its base material. It is calculated by the maximum conversation rate of a PV cell running at optimum operating conditions (voltage and current).

The individual solar cells determine how efficient the solar panel and wider system is.

Efficiency is measured under standard test conditions (STC). Based on a cell temperature of 25°C, solar irradiance of 1000W/m2 and air mass of 1.5.

Solar panels do not however work day-to-day under controlled, standard test conditions. There are a multitude of factors which affect their efficiency in converting light to usable electricity.

Temperature can directly affect how efficient solar panels are. Although extreme temperatures in the UK aren’t usually a major concern, temperatures above 25 degrees show a reduction in efficiency.

A greater output is able to be produced in colder temperatures. So, solar panels are able to produce more electricity on a bright winter’s day.

Under usual circumstances (depending on your location within the UK) snow won’t have a major effect on how efficient solar panels are.

In normal snowy conditions solar panels will still thrive. Light is still able to be converted into electricity, with light reflecting off of snow covered ground even benefiting the system.

However, if more than 5cm of snow accumulates on the system the efficiency is reduced by 100%. Unless removed, light is unable to reach the solar cells and thus electricity is not able to be converted.

Depending on quantity, a build up of ice can affect the efficiency negatively by 25-100%.

Wind can affect the efficiency rate both positively and negatively of solar panels. When panels are cooled by 1 degree, efficiency is increased by 0.05%.

Wind can reduce the temperature of the solar panel system by removing warm air surrounding it, therefore increasing its efficiency.

On the other hand, with increased wind speed a slight decrease in efficiency has been reported.

Anything that blocks the amount of light reaching the solar cells will decrease how efficient the solar panels are.

Shade cast from nearby trees or other buildings, as well as dust and debris build up will have a negative effect.

If light is blocked just from a few cells on a panel, the overall output can be decreased by up to 50%.

There are devices which can be added onto the system such as inverters which can counteract negative effects of shading. Overall these boost the system’s  efficiency, increasing electricity produced.

Where the solar panel system is situated greatly affects the output. It’s commonly incorrectly assumed that direct sunlight is needed for solar panels to function.

Daylight is enough to produce electricity, however sunlight certainly increases the overall efficiency.

Situating panels southwards, at a 10-60 degree angle means the greatest sunlight exposure. At this position the solar panels are then able to produce the most electricity possible.

East or West facing rooftops are still sufficient for energy production. However, the efficiency of the panels will be slightly reduced due to the lesser sunlight exposure.

Loss of efficiency over time

Time affects everything, including how efficient solar panels are. The average degradation rate is 0.5% for every year after installation. This means that the amount of sunlight able to be converted into electricity is slightly reduced every year.

Most manufacturers however do offer a 25 year warranty which will cover performance standards.

Higher quality Solar panels will also have a lower degradation rate. For example Sun Power’s is 0.4% with their warranty covering long-lasting efficiency and generation of output.

With the development of renewable energy technology,  there are now many types of solar panels.

The most efficient type of solar panel, these are made from the purest silicon. Characterised by their dark colour and more rounded edges, the efficiency stands between 22% and 27%.

These are characterised by their square cut and blue speckled colour and are around 15-22% efficient.  Due to how they are produced, they are slightly less efficient. Silicon is grown as a block rather than a single cell to produce the solar cells.

These are made by covering a base such as glass, plastic or metal with a thin layer(s) of PV material. These are also around 15-22% however degrade at a faster rate.

A summary of how efficient different solar panels are:

Variable factors such as sunlight intensity and duration affect the amount of solar power able to be generated. When controlled, a more efficient solar panel system will be able to convert a higher percentage of light to electricity.

The average solar panels are between 15% and 20% efficient. However, the highest quality solar panels available in the UK SunPower exceed 22%.

The higher efficiency of the system directly results in a higher electricity production. This in turn means a reduced consumption of energy from the grid.

The following figure displays a direct comparison of the top 5 solar panel manufacturers with the highest efficiency as of 2021:

What does having an efficient system mean for you?

Efficiency also affects the amount of roof space that is needed for the solar panel installation. A more efficient system can produce a greater quantity of electricity per square footage.

We exclusively provide the most efficient solar panels on the market. If you’re ready to start your solar journey or have any questions about solar panel efficiency our friendly team is on hand to help.