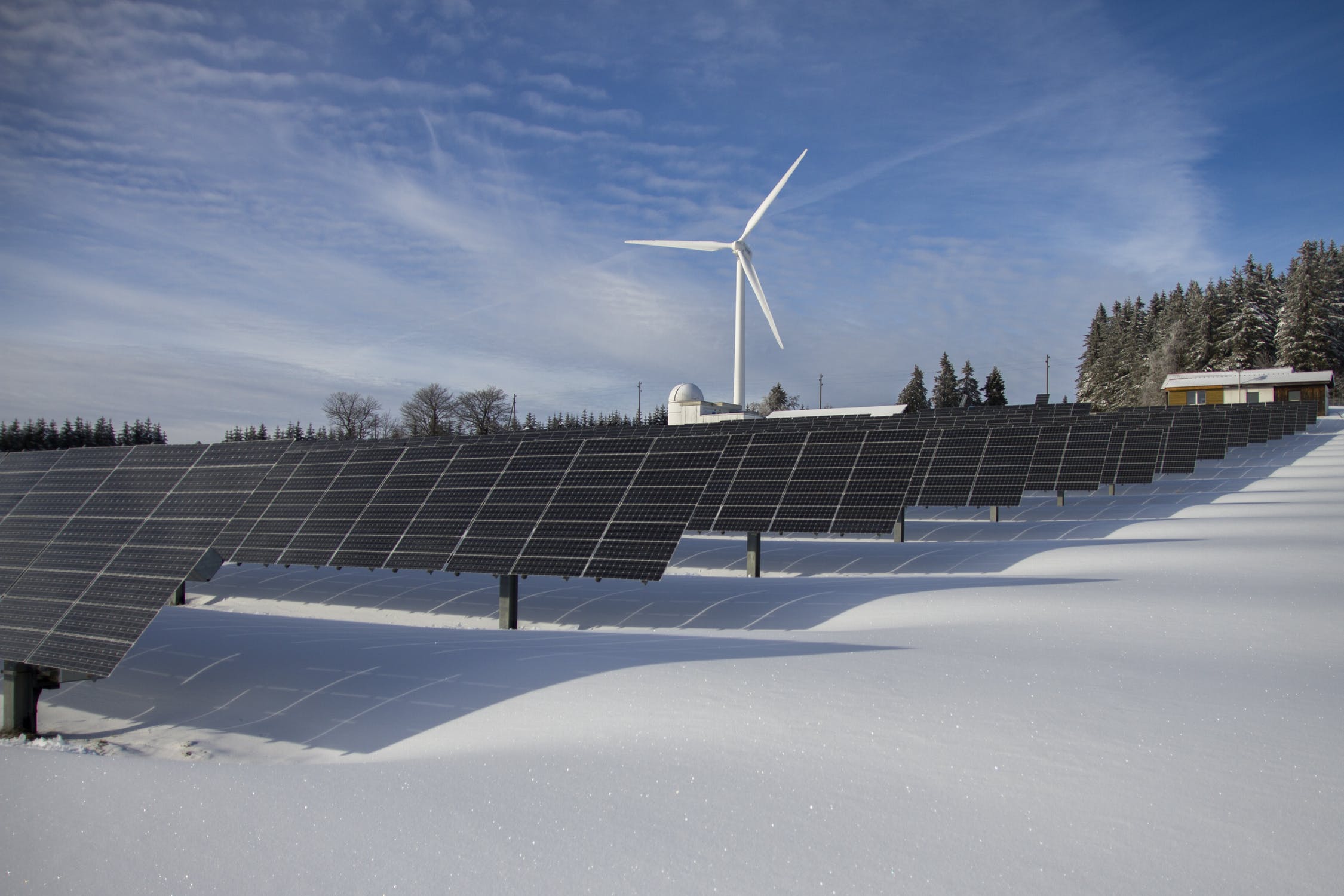 For large parts of 2020, the UK basked in glorious sunshine. So much so, that some solar power customers even enjoyed free energy (actually, prices were negative – so they were paid to use it!) during parts of last spring.

The country’s position in the North Atlantic, though, makes for a long, wet winter, with sunshine often hard to come by. Does this matter though? Is the decreased sunlight a major issue? Do solar panels work as well in the winter as they do in the summer? What factors affect how well a solar panel performs? Read on for the answers!

How do solar panels work?

Let’s start at the beginning. Solar panels contain a special type of silicon unit called photovoltaic cells, which activate and produce energy when they come into contact with photons (the scientific name for light waves and particles). An inverter then makes this energy usable and feeds it to your home, office or the grid. All of this works better in sunny conditions, purely because stronger sunlight is a stronger source of energy.

But remember: solar power generation doesn’t just stop when it goes cloudy! While there are certain aspects that benefit from summer weather, you can still generate electricity from solar power during winter. Let’s take a look at two of the factors which influence things:

So, do solar panels work in winter? The short answer is yes, they do. Photovoltaic cells can still convert visible light into energy during winter, although fewer daylight hours might cause a slight dip in capacity.

The right installation can significantly boost the efficiency and output of your solar power system. Cut out the guesswork by arranging a consultation with one of our solar experts. We’ll talk you through all the options and how to get the most out of your system – all year round!