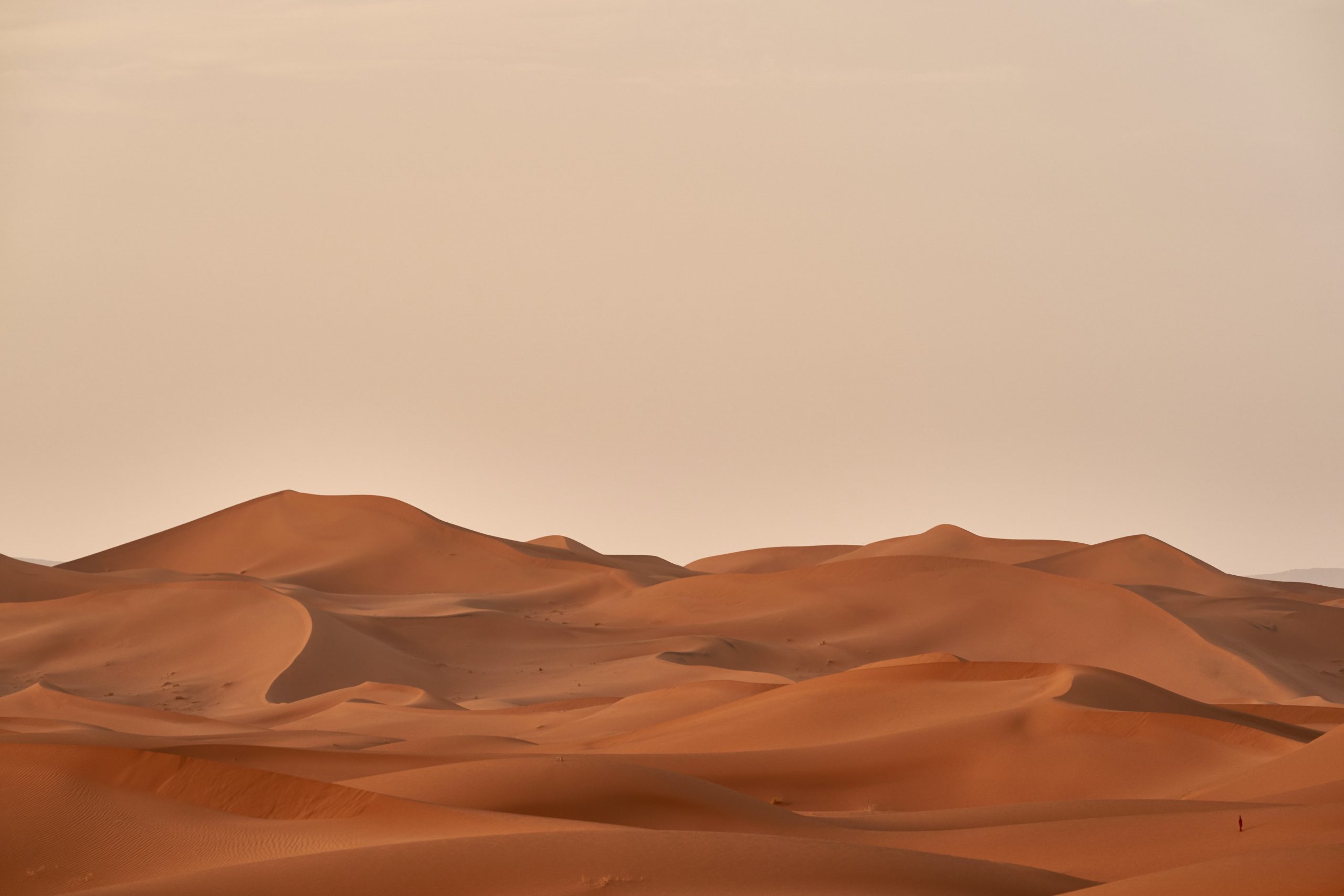 With protecting the environment ever at the forefront of our minds, one of the questions that has arisen over the last few years is whether the Sahara Desert could be a potential solution to the energy crisis.

The question deserves closer examination, so let’s take a look at whether solar farms in the Sahara Desert could be a viable reality.

Why do scientists want to cover the Sahara with solar panels?

Two years ago, Finnish scientists estimated that, in order to achieve the net-zero goal, we need to obtain an enormous 69 percent of our  primary energy from solar farms.

The Sahara Desert is one of the most exposed places on Earth to the sun’s rays. According to Forbes, solar panels covering a surface of around 335km2  – that’s just 1.2% of the Sahara – would generate enough energy to power the entire world.

At first sight it makes perfect sense to set up solar farms there, in order to harness all that solar energy. But what would happen if we actually did cover the Sahara Desert with solar panels?

What would be the consequences if we did cover the Sahara Desert with solar panels?

The average solar panel absorbs light from the sun and converts around 15-20 percent of it into electricity. The rest of the sunlight is converted into heat and released back into the environment.

This heating could become problematic in the Sahara Desert as the panels are darker than sand and would therefore absorb more heat. This could lead to overheating.

Not only that, but the fluctuating temperatures throughout the day and night in the desert would act as a rapid thermal cycle on any solar panel materials. That kind of fluctuation would have a detrimental effect on the health and productivity of the solar panels.

Another hindrance to the functionality of the panels would be the dust and sand becoming accumulated on the solar panels.

As we could see, the conditions of the desert would not necessarily bring out the best in the solar panels.

Transform the desert with rainfall

One of the most problematic and seriously concerning aspects of setting up solar panels in the Sahara Desert would be the climate change solar farms would inflict on the environment.

As previously mentioned, solar panels are darker than the Saharan sands, and therefore don’t have the light-reflecting qualities of the sand.

The absorption of more and more heat not only would damage the panels, but would overheat the ground below the panels. During the cooler hours of the day, this heat would then create condensation against the solar panels, and then the moisture would in turn evaporate into the atmosphere and create clouds. The clouds then would produce more rain, creating a more, luscious, green environment in the Sahara. Monsoon rain and vegetation would take over whole swathes of desert, and upset the entire ecosystem.

The change in the climate of the Sahara Desert would present a stark contrast to the surrounding oceans, changing air flows, rain patterns, and ocean circulation, in turn tampering with the climate patterns of planet Earth.

Everything in nature is interconnected, and this is particularly true of ecosystems.

Even covering 20% a fifth of the Sahara Desert with solar panels would result in higher global temperatures.

Polar regions will also be affected, provoking more sea ice melts and rising sea levels. So even with the best intentions, installing solar panels in the Sahara may defeat the object.

As if that weren’t enough, extreme weather cycles would become more frequent, having terrible consequences for human populations. To put it into perspective, imagine a devastating hurricane every four or five years…

When considering the viability of covering the Sahara Desert with solar panels, it’s important also to investigate whether the power generated will make the installation worthwhile.

As it stands, one of the biggest power lines in the world stands at 1,580 miles. It depends on very high voltage to limit the amount of electrical resistance. That’s because higher voltage means less resistance, and that in turn means less power lost per mile of cable.

If the entire world depends on solar panels generating electricity in the Sahara Desert, then the logistics of getting that energy to households and businesses on the other side of the planet would be nigh on impossible.

If it were possible to deliver that energy, there would be tremendous power losses of up to 10%, not to mention stratospheric economic costs.

One way to get around this power loss would be to use high-voltage DC power lines instead of AC power lines, reducing energy loss by an estimated 3% per 1000 kilometres. That would be expensive, though.

On the note of solar power supply and its reliability, there’s nothing to say that a sunny desert means a stable, constant supply of electricity. Sandstorms and inclement weather can occur in the desert too, and in those cases there would have to be a plan B or some form of power storage to prevent power outages.

To even set up the solar farms in the first place, a colossal effort would have to be made.

We are talking about providing enough solar to power the entire world. That’s a lot of solar panels. Around 51.4 billion 350W solar panels, over an area of 115,625 square miles.

There would also have to be a maintenance team on-site, which would raise costs in terms of their transport and accommodation. Building power grids and power lines would take a great effort, too.

It goes without saying that a project of this size would present a huge task in terms of transportation and the costs would be astronomical!

But is it feasible to cover the Sahara Desert with solar panels?

To put it succinctly: no.

In order to make covering the Sahara with solar farms a feasible option, we would have to make some pretty dramatic leaps and bounds in technology.

A more realistic solution might be to construct solar farms in individual countries which supply energy internally.

Projects such as the Noor Ouarzazate Solar Complex in Morocco give us hope that solar power could one day indeed be used to supply energy to whole populations.

Other independent projects could be set up over a longer time period to meet our energy needs. And who knows, maybe one day the Sahara will be the answer. But for now, it’s not a viable option.

To find out more about the future of solar energy, check out the Project Solar blog. Or to find out how solar could work for you, get in touch with us today.