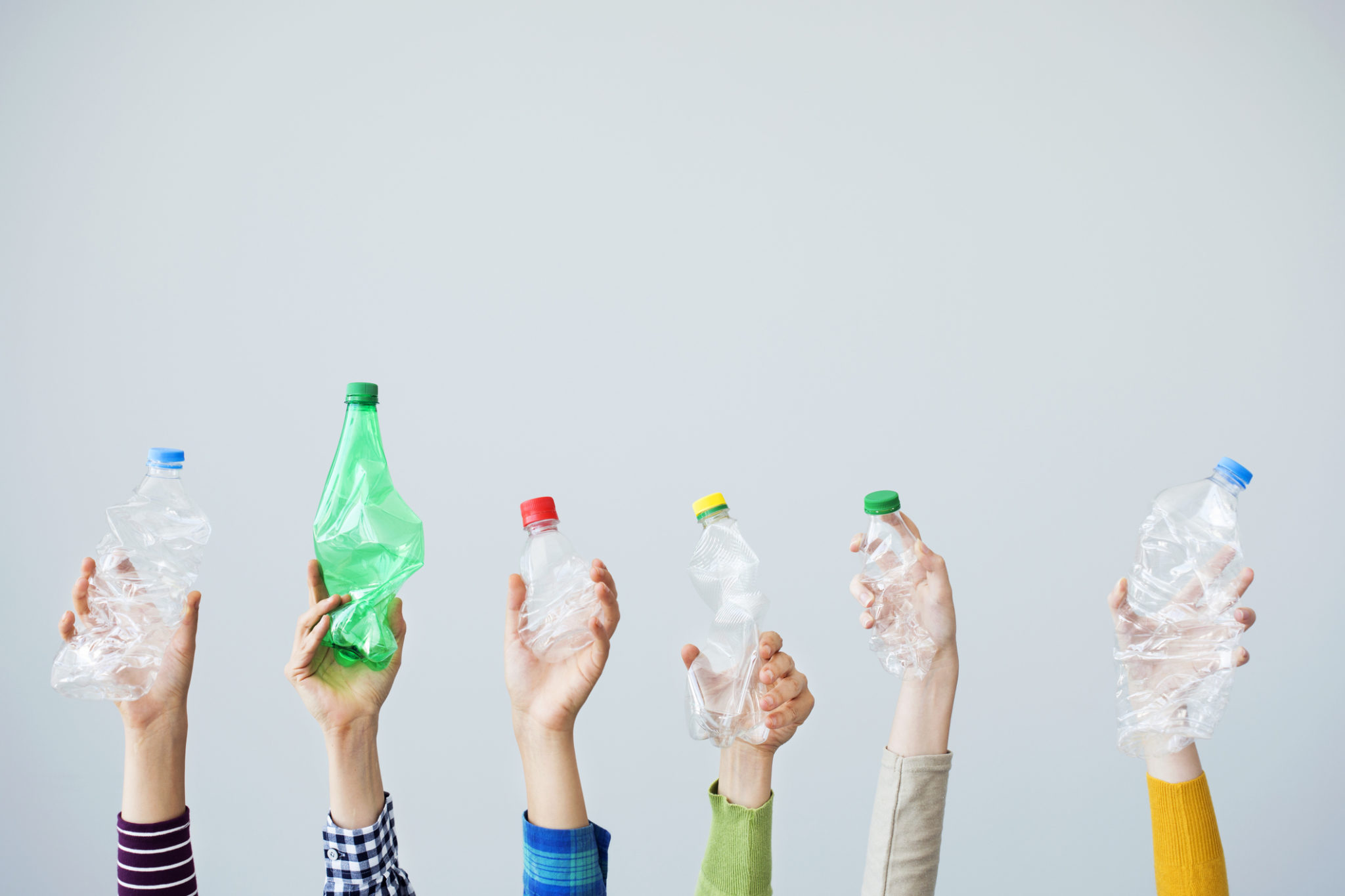 We love solar energy here at Project Solar (obviously), but we do know it’s not the only way to help Planet Earth. We’re just as enthusiastic about the other ways – from the small-scale changes in habit, to the large-scale projects that take huge group effort.

Here are some of our favourites to help you get inspired.

You’ve probably read and/or heard quite a lot about various big companies and organisations moving away from plastic, especially the single-use kind, because it is ending up in places where it doesn’t belong – such as our oceans.

The more plastic there is in our oceans, the more damage it will do to all types of sea-life. We’re even harming ourselves when we’re polluting the seas, because many of the fish that we end up eating are inadvertently consuming microscopic pieces of plastic before they get to us – which, yep, means that the fish-eaters among us are likely eating microscopic pieces of plastic every now and then.

Of course, no living creature on Earth is designed to eat plastic, so we need to stop it from entering all food supplies.

And although most developed countries around the world now recycle, not even 10% of the plastic we produce ends up actually being recycled. Most of it ends up in either the environment, in the oceans, or in landfills, and then some of it just gets burned (which causes further pollution).

We could talk about the plastic issue all day, but we’ll stop there. You get the idea! Here are some ways that you can be more plastic-conscious and fight plastic pollution:

Buy more fruit and veg from local/independent greengrocers – ones that don’t use unnecessary plastic packaging. Supermarkets are generally terrible for that.

Ask for paper straws (rather than plastic ones) when eating out in restaurants or drinking in pubs and bars – and if you go somewhere that doesn’t have paper straws as an option, pipe up and try to get them onboard!

Get a Brita water jug and a Klean Kanteen bottle instead of buying packs and packs of bottled water – it tastes just as clean and fresh, we promise! And it’s cheaper.

Get some BPA-free food-containers instead of using sandwich bags – think Sistema, Addis, and other brands like that. (The BPA-free bit is important, otherwise it will be the sort of cheap plastic which contains harmful chemicals that transfer onto your food.)

Buy some reusable shopping bags rather than getting those 5p bags each time you go shopping (the cupboard under the sink would probably thank you for this if it could speak!).

This point isn’t about the ethics of consuming animal products – it’s not our place to comment on that, so we won’t. Our sole focus here is the health of the wider planet.

And, environmentally speaking, the fact is that producing meat and dairy takes a toll. A big toll.

If you had to guess, how much water would you say is needed to produce one kilogram of beef?

The answer is 15,000 litres – i.e. 190(ish) bathfuls of water. And, to put this into perspective, that’s just two regular-sized packets of beef mince. Seems like a lot of water for not very much meat, doesn’t it?

Only 2.5% of the water on Earth is fresh (i.e. fit for our consumption), but even the vast majority of this 2.5% is logistically unreachable (frozen in glaciers, etc.). So, when we get down to it, a tiny 0.007% of Earth’s water is actually available to us. With that in mind, we should we be using this precious resource in such vast quantities just for producing meat?

Then there’s the methane that all of this livestock produces, plus the carbon emissions from the transportation of the finished product.

Now, we’re not saying that we think everyone should become vegan or even vegetarian. What we’re saying is that the planet would undeniably be better off if we all cut down. You might have heard the term ‘flexitarian’: someone who does buy and eat meat but is making a conscious effort to do so sparingly.

We all know that having a shower is more economical than having a bath, but the shower still uses a great deal of water – more than you might realise.

Let’s say that a five-minute shower is a ‘short’ one (it is). You’d probably guess that a shower like that would use up about four or five pints of water, but it actually uses between 40 and 50 litres – or 80-90 pints. That’s a heck of a lot, isn’t it?

As such, it makes sense to save the water for the parts of the showering process where you need it most. We don’t need the water flowing when we’re lathering ourselves, do we? We only really need the shower-head to be on at the very start and at the very end – maybe a minute for each, so two minutes of flow in total, which will use up around 20-25 litres.

In July 2017, the government announced plans to ban the sale of petrol-powered and diesel-powered vehicles by 2040. In the time since, some environmental groups have called for that ban-date to be brought further forward.

One thing is clear: we are now actively looking to make our car market greener, so we will all need to get onboard sooner or later.

As such, getting a hybrid car would be a strong move. (For those who want an exact definition, a hybrid car is one that runs via electric power as well as petrol or diesel – typically, the car will run on electricity when it’s going 30mph or slower, resulting in less overall CO2 emission.)

The UK car market already has plenty of hybrid models for you to choose from – and it’s not just those humble Toyota Priuses and Yarises; the likes of Mercedes, BMW, Volkswagen, and more have got in on the action, and some of the resulting cars are definite headturners.

Most of us now recycle to one degree or another, with different wheelie bins for different types of waste, but there are recyclers and then there are RECYCLERS.

A used baked-beans tin is no good to the recycling plant if it’s still got bean-juice and a few stray beans in it. Your best bet is rinsing out any food tin or bottle before popping it in the recycling bin.

Also be mindful of your council’s rules for recycling, because these can vary from borough to borough. What’s okay in one borough’s brown bin might not be okay in the next borough’s, and vice versa. If you end up putting a few items of the wrong material in the wrong bin, that whole bin’s worth of rubbish may well end up being thrown in with the non-recyclable waste – some councils can be ruthless like that.

Another thing to do is watch what you’re throwing in public bins while you’re out and about. For example, an empty Coke can shouldn’t really go in one of those black general-waste bins, so try to hold onto it until you can put it in a recycling bin.

Let’s Work Together to Save Our Planet

How do all of those sound to you? You’re probably doing some of them already, so it makes sense to take it to the next level. Teamwork and vigilance are the keys to preventing more harm to our environment – if we all make huge efforts and stay mindful of our day-to-day habits, we can make a significant positive impact.

Of course, our real area of planet-saving expertise is solar power. We’ve already helped thousands of households just like yours, transforming them into eco-friendly homes that run via renewable energy.

Read more about the benefits of switching to solar energy here, and get in touch with us to arrange a no-pressure consultation where we’ll discuss your needs.