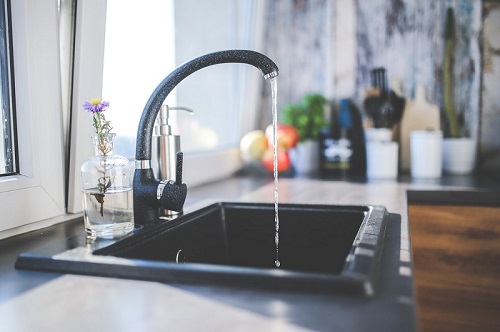 Many of us have been concerned about saving energy for many years, and understandably so. Whether it’s gas, electricity, or petrol that fuels our cars, it’s expensive and it’s taking its toll on our planet.

In recent years, we’ve been hearing more and more about the idea of carbon footprint, which is a measure of the total amount of carbon dioxide released into the atmosphere as a result of the activities of a particular individual, organisation, or community. Here we’ve listed five facts about your carbon footprint that may surprise you.

1. European Countries Are Among the World’s Highest Carbon Emitters

The world can emit more than 2.4 million pounds of CO2 per second, and European countries are among some of the highest emitters in the world.

For a collection of small countries, Europe sure does pack a punch when it comes to carbon emissions. According to the Netherlands Environmental Assessment Agency, Europe is home to some of the world’s largest carbon-emitters – in 2015, Germany had the 7th highest emissions. The UK came 17th on the chart, closely followed by Italy in 19th, France in 20th, and Poland in 21st.

2. Your Water Has a High Carbon Footprint Water conservation is one of the keys to reducing our CO2 output and saving our planet from global warming. While you may think that your water comes au naturel from your local lakes, rivers, and waterways, and that they are without consequences, it couldn’t further from the truth!

Just like generating electricity for your kettle or driving a car, the efforts to maintain and purify your water take up energy too. In the UK, we require 4,645 litres of water per person every day, resulting in 3.68 million tonnes of CO2 per year from the supply and treatment of our water.

Similar to your tap water, the more paper you use, the more you are contributing to carbon emissions, or worse yet, deforestation – which is responsible for more greenhouse-gas emissions than all the world’s cars, trucks, planes, and ships put together.

How does it work? The reason that logging is so bad for the climate is because trees release the carbon they are storing into the atmosphere when they’re felled. The carbon then mingles with greenhouse gases from other sources, thus contributing to global warming accordingly.

4. Food Production Accounts for 83% of Carbon Emissions Each Year

According to a study published in Environmental Science & Technology, businesses that produce food contribute to emissions of carbon dioxide, nitrous oxide, and methane, including the methane released by their livestock like sheep, cattle, and goats. In addition, transporting food accounts for 11% of carbon emissions.

That’s not all: an estimated one-third of all food produced for human consumption in the world (approximately 1.3 billion tonnes) is either lost or wasted each year. This food wastage represents not only a devastating misuse of natural resources, but also a carbon footprint bigger than all countries except for China and the USA. Speaking of waste…

5. Rubbish Can Add to Your Carbon Footprint Too

Landfills are incredible sources of greenhouse gases and pollution. In fact, the United States Environmental Protection Agency claims that for every pound of rubbish you throw away, you’ll create one pound of greenhouse gases. This is because as rubbish decays, it releases carbon dioxide and methane – which is another type of greenhouse gas even more effective at trapping heat in the atmosphere – creating landfill gas, which is a natural byproduct of the decomposition of organic materials in landfills.

Want to Know How You Can Help?

We hope we’ve given you an insightful snapshot of how our collective carbon footprint can have an impact on our planet. If you’d like a little more information about carbon emissions or some tips on how you can reduce your carbon footprint, get in touch – our team is always ready to help!